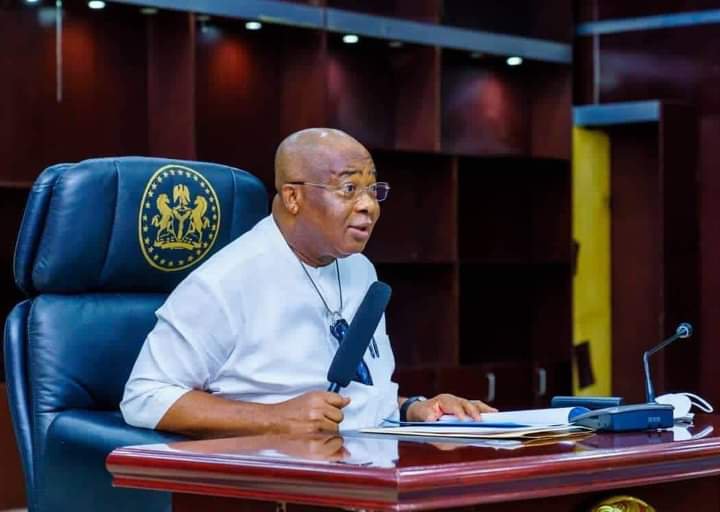 Imo State Governor, Senator Hope Uzodimma has reiterated that no member of the All Progressives Congress (APC) in Imo state will be excluded in the registration and revalidation exercise, despite contrary claims from some quarters. He added that so far 2million members have been captured.

Uzodimma disclosed this when delegates and national Chairman of the APC registration committee paid him a courtesy visit on Thursday at the government house Owerri.

The governor said the Speaker of the Imo state Legislature, Rt. Hon.Paul Emeziem, who is chairman of the state party registration committee, deferred to him and he directed that efforts be increased to reach out to every person not yet captured and ensure no party member is disfranchised. He posited that he expected the total registrations to hit the 3 million mark.

Uzodimma refuted the accusations by Senators Okorocha and Ararume of being denied registration, pointing out that contrary to their claims they were the ones who ordered their followers not to participate in the exercise.

He assured that he was working to get every faction to come together for a stronger party to emerge even as he asserted that an all-inclusive APC party state congress was being organized for all members.

He said he was willing to plead with the APC National registration panel to register all those who claimed to have been denied registration, stressing that he has resolved to return power to the people, without discrimination.

Earlier the national Chairman of the APC registration committee, Hon. Farooq Adamu Aliyu said the visit to the state was a fact-finding one, based on claims by Senators Okorocha and Ararume.

Aliyu assured that the meeting held with the state registration committee handled the issues mentioned, including that of inadequate materials, and affirmed that a level of playing ground is being offered to all members.

He commended Governor Uzodimma for his efforts in building the party which was yielding laudable results.