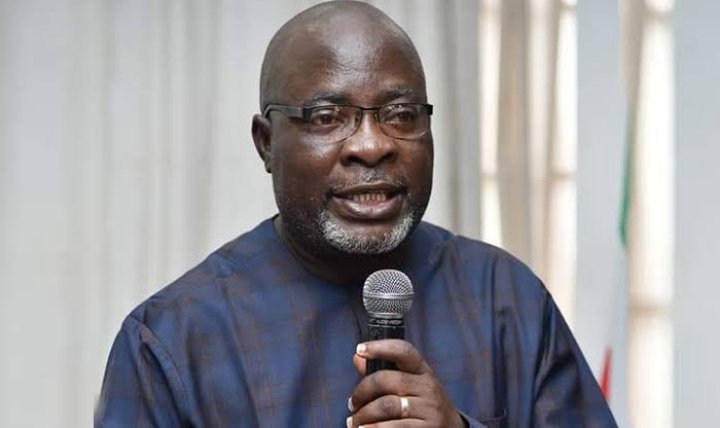 The Publicity Secretary of the Peoples Democratic Party, Kola Olagbondiyan has accused President Muhammadu Buhari of fuelling insecurity with his inactions.

In a press release, Kola advised the President to lead the battle against insecurity from the front like he promised during his election campaign.

He also stated that the PDP was ready to assist the government in a very legitimate way to help Nigerians overcome its challenges.

“On the issue of security, the expectation of Nigerian is that Mr. President should lead the battle against insecurity from the front like he promised during his electioneering campaign.

“But the inactions of Mr. President today are responsible for the deluge of insecurity that has affected our nation. The expectation of Nigerians furthermore, is that these challenges should not be limited to the issues of lip talk; rather, they should be confronted so that Nigerians can sleep with their two eyes closed.

“On the 2023 elections, the least Nigerians expect from the President for @inecnigeria to function optimally, is for him to revisit the Electoral Act amendment which he refused to assent to. He should dust it up and return it to the National Assembly if there are further amendments that should be included. Let them work on it and return it to him to sign into law so that our elections will be better.

“Mr. President should also encourage INEC to institutionalise the electronic transfer of results in order to forestall problems that arise in the processes s of collation. This is not too much to ask.

“As a political party interested in the corporate existence of this great country, we are prepared, like we have always done, to offer advice and assist in every legitimate way to help Nigeria overcome its challenges.”