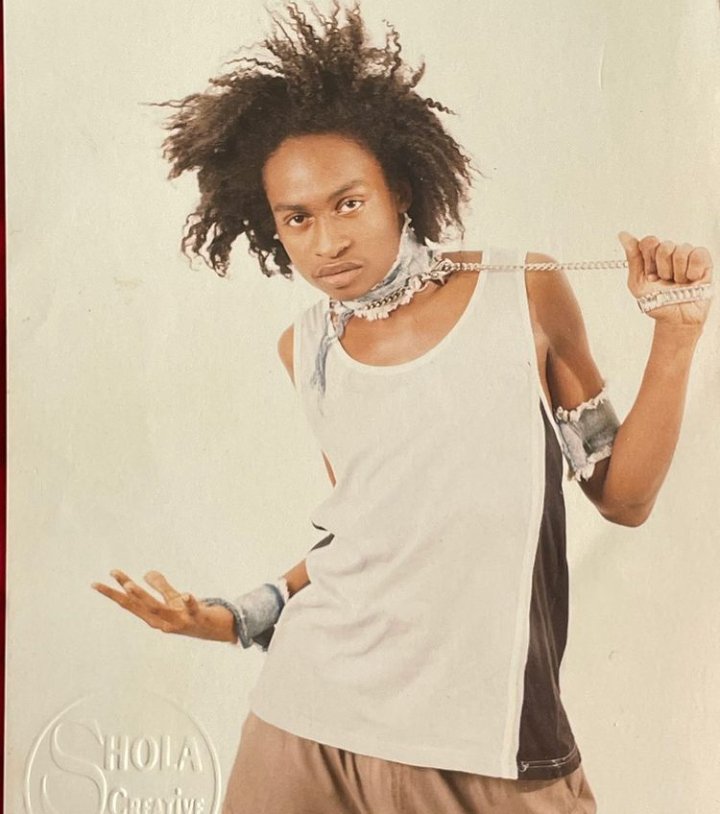 Controversial dresser Denrele Edun has disclosed how his mother embarrassed him while he was having a party at their residence in Lagos State.

Sharing the embarrassing encounter on his Instagram post, the On-Air Personality shared that it started when his mother caught him with his girlfriend in their family residence in the 90s.

He said the mother who reacted calmly waited until he had a party to perfect her plans.

Read the tale below

1999.
I was 18.
When it comes to my list of WORST SEX Nightmares, My MUM walking in on me probably tops d list!

I was dating one of the hottest girls in my hood (Ebute Metta) then, but my Mum was unimpressed! She just couldn’t stand the sight of the girl but i didn’t give a flying f**k!
I was 18 and damn well was gonna enjoy Adolescence.

One fateful Tuesday (after so much strategic planning), I had arranged for this chic to meet me up at d house.
6:30PM sharp!
My Dad & younger sisters would have gone to Choir Practice, My Grandma & evil cousins were at Bible Study and my Mum would have gone to her MFM Prayer Warrior Service.
Baby girl & I were going to do the “Deed” after weeks of endless “Petting” “Making Out” & “Groping Genitalia”!

Long story cut short; We were going at “it” in the dimly lit living room when my Mum walked in on us.

“SHIT!” as we jumped off each other. Me scrambling to wear my pants & my babe covering her full breasts to my Mum’s glaring disapproval & disgust.

“So this is what you’ve been coming to do in this house”, my Mum said calmly at her. (Tiwa Savage style).

“She came to greet me. Why aren’t U in church?”, I retorted.
My Mum muttered something in her Indian dialect & left.
I knew trouble was brewing but HIAN!
Baby girl on the other hand, was shakin so bad.
Saw her off to the junction & she went home.

Fast forward to a few months afta;
I had planned a massive party in d area wit another friend of mine (Late Abass, RIP) & as it was my 1ST Year in Unilag, turnout was MADT! Peeps were photocopyin the I.Vs & we were feelin FLY!

Halfway into d Rave, my Mum walked in & i could sense something was amiss but was caught up rocking babes on the dance floor.

My Mum took the Microphone from the DJ & faced d crowd.
Omo, She FINISHED me that night!
She spoke about my bedwetting back in the day, my lazy antics..
In short, she OPEN my Yansh, De-REP me FINISH!

I was so embarrassed.
Her parting shot;
“U hav 5 mins to finish whatever nonsense u’re doing here & come wash the dirty dishes u left at d backyard!”.
‍♀️

Im laughing now but Mehn, it wasnt funny then!