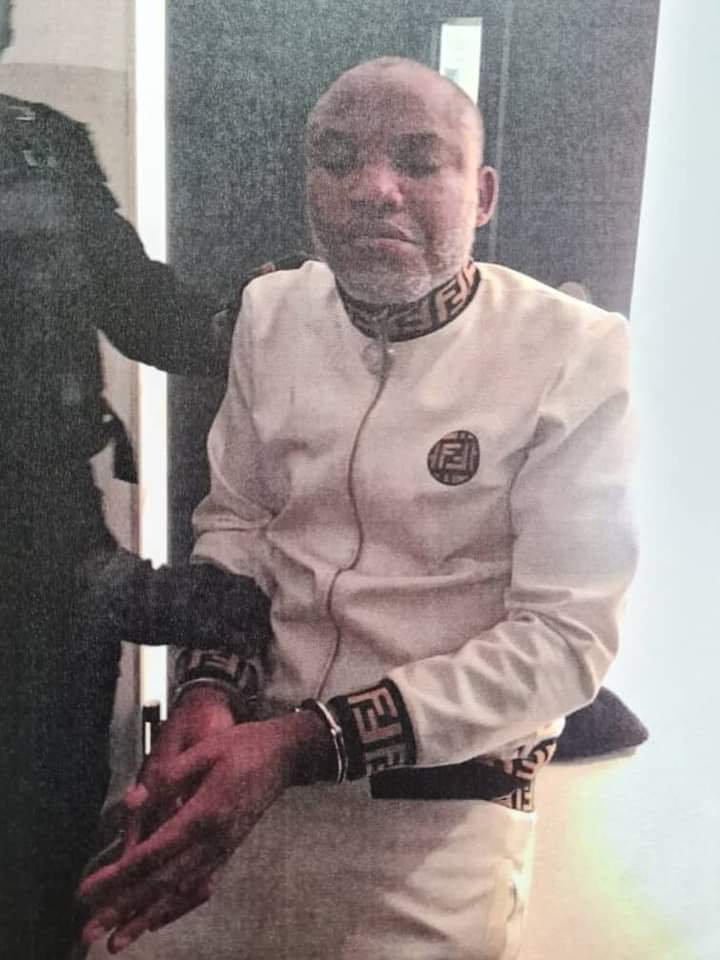 The Federal High Court fixes July 26th as presumption of the trial of the leader of the Indigenous Peoples of Biafra, Mazi Nnamdi Kanu who was extradited from outside the country.

It was gathered that Nnamdi Kanu appeared before justice Binta Nyako who remanded him at the custody of the Department of State Service till his court date.

Kanu was extradited through the help of interpol as made known by the Attorney General of the Federation, Abubakar Malami on Tuesday in a press conference to journalists.

He will continue the trial against him bordering on treasonous felony, terrorism and unlawful organisation of assembly.