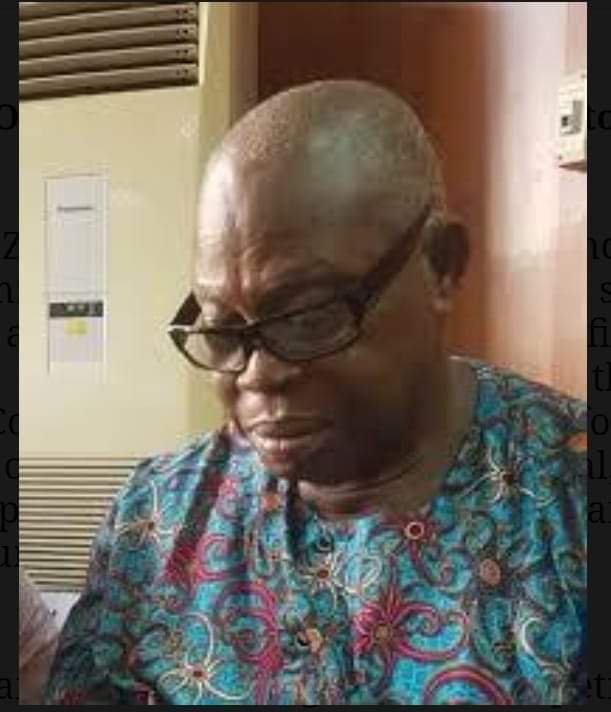 The Lagos Zonal Office of the Economic and Financial Crimes Commission, EFCC, on June 25, 2021, secured the conviction and sentencing of one Disu Rafiu Adeigbe, 67, before Justice Sherifat Sholebo of the Special Offences Court sitting in Ikeja, Lagos for offences bordering on stealing, conspiracy to steal, retaining stolen property, impersonation, forgery and use of forged documents.

The Nigerian Stock Exchange, NSE, had petitioned the EFCC on the diversion of proceeds of the shares of an investor through forged documents.

During investigation, the Commission uncovered several fraudulent activities carried out by the convict and subsequently began his prosecution.

He was first arraigned on November 2, 2019 on an 11-count charge for allegedly stealing dividend warrants totaling N7,118,901.00 (Seven Million, One Hundred and Eighteen Thousand, Nine Hundred and One Naira) belonging to one Dr. Abiola Flavius Akinrele , to which he pleaded “not guilty”.

Based on further findings, he was re-arraigned on November 9, 2020 on an amended eight-count charge for allegedly stealing proceeds from the sale of shares belonging to the late victim to the tune of N21, 417,982.05.

One of the charges reads: “Disu Rafiu Adeigbe, sometime, in 2006 in Lagos, within the jurisdiction of this Honourable Court, with intent to defraud, stole and fraudulently converted to your own use the sum of N26, 720,000 properties of one late Dr. Abiola Flavius Akerele.”

He again pleaded “not guilty” to the amended charges.

In the course of trial, the prosecuting counsel, Franklin Ofoma, called two witnesses and tendered 29 exhibits to prove the case against him.

Delivering judgment on Friday, June 25, 2021, Justice Sholebo held that the prosecution proved the charges against him and so found him guilty of all the counts.

A visibly shaken and sobered Adeigbe , who was given the chance to address the Court, pleaded for mercy as he told the Court that he had lost all he had during the about 15months he had been in custody in the course of the trial.

His counsel, Qudus Mumuni, further prayed the Court to temper justice with mercy, saying the “aged man is remorseful and has learnt his lesson.”

After listening to the allocutus, Justice Solebo sentenced him to one year in prison on all the counts to run concurrently.