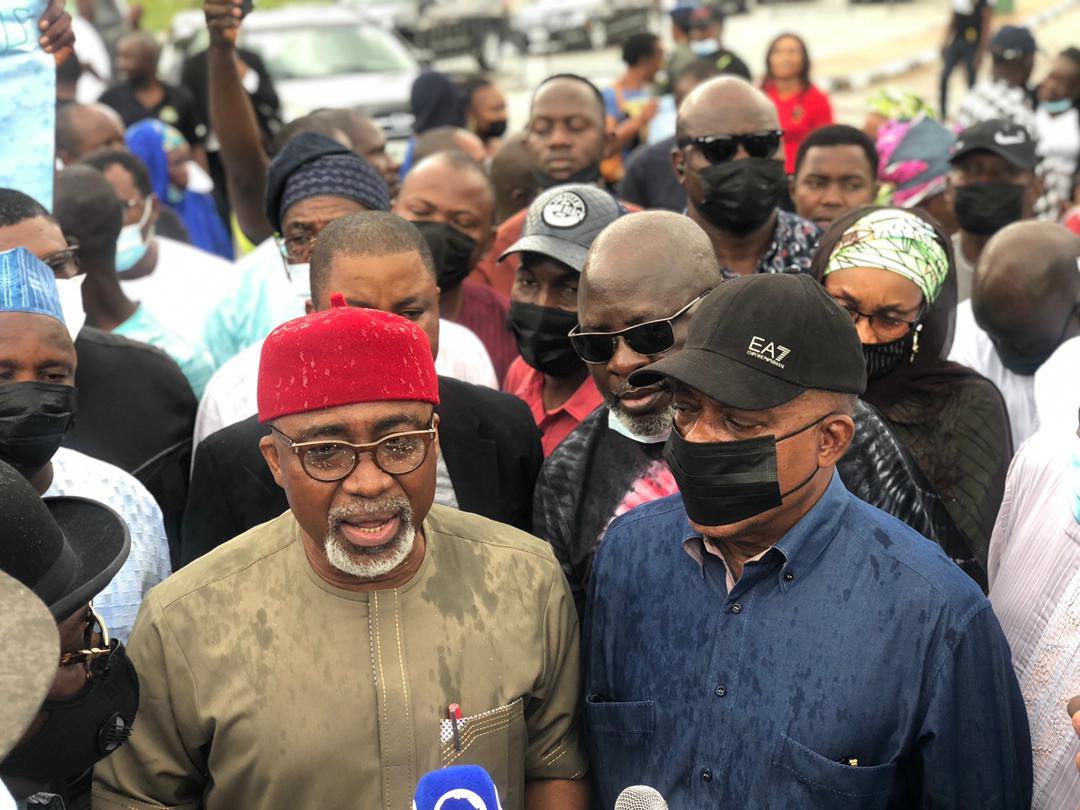 There’s a protest currently rocking the National Assembly over the appointment of a member of the All Progressive Congress, Lauretta Onochie, as Commissioner for the Independent National Electoral Commission.

The protest which is led by Uche Secondus, the Chairman of the National Working Committee of the Peoples Democratic Party revealed that INEC is a non-partisan entity and a card-carrying party member should not be a party to it.

Despite the mandate of the Constitution, President Muhammadu Buhari appointed Onochie and sent her name as well as six others to the Senate for confirmation.

Meanwhile, INEC has started its online registration while urging Nigerians to click on cvr.inecnigeria.org to register and collect their PVC from designated centres.