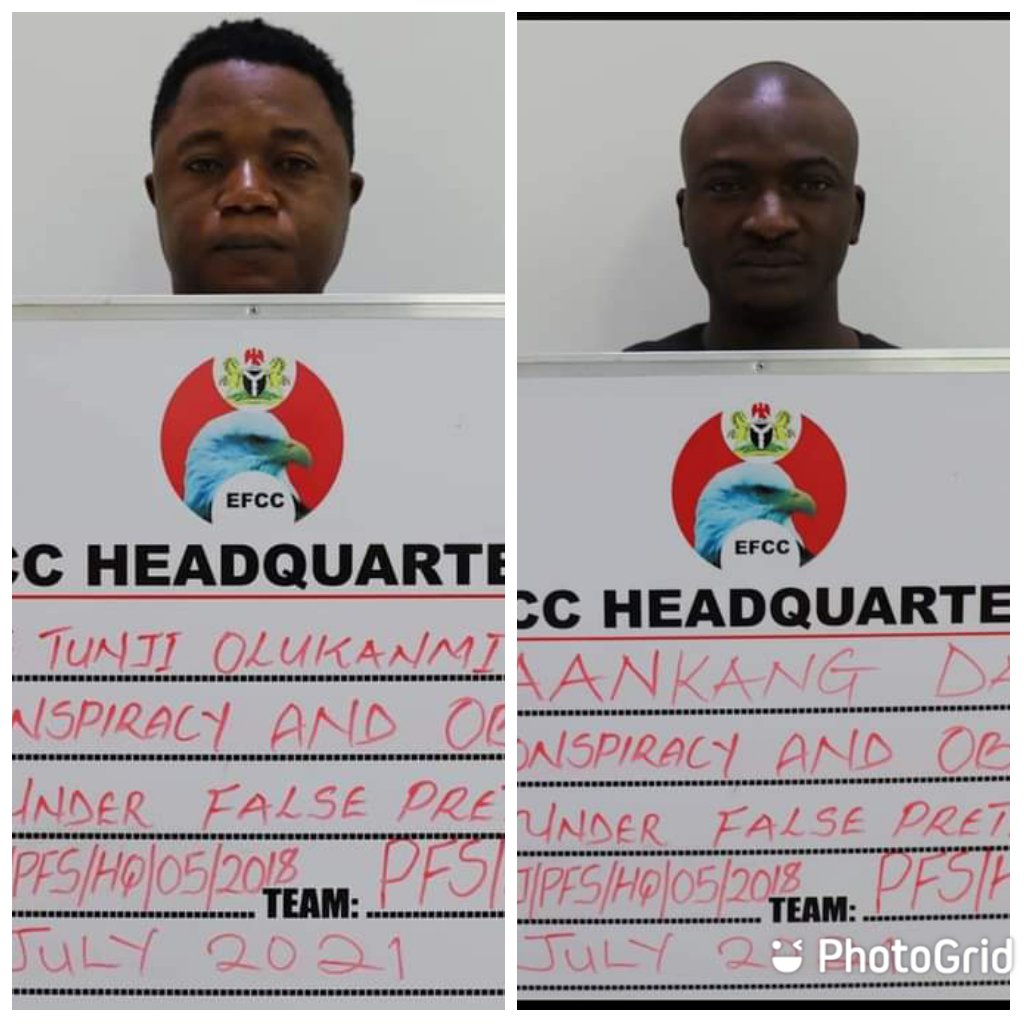 Naankang Dawan (first defendant), who allegedly inherited some companies including a petrol station from his family, connived with some staff of First Bank, including Moruf Tunji Olukanmi (fourth defendant), to defraud costumers using a Point of Sale (POS) terminal allocated to him.

Count two of the charge reads, “That you, Naankang Dawan being the Managing Director and Chief Executive Officer of Taen Nigeria Limited, Taen Nigeria Limited, Doyin Adesanya (at Large), Samuel Temitope Falese (at large), Ebenezer Oni Kehinde (at large) and Mariam Babatunde Olabisi (at large) between October 2017 to November 2017 within the jurisdiction of this Honorable Court, with intent to defraud, manipulated First Bank of Nigeria Plc Point of Sale (POS) terminal issued to Taen Nigeria Limited and by so doing fraudulently credited Tean Nigeria Limited account Number: 2025956973 domiciled with First Bank Nigeria Plc with the sum of N908,108,974.52 (Nine Hundred and Eight Million, One Hundred and Eight Thousand , Nine Hundred and Seventy Four Naira and Fifty Two kobo) only and thereby committed an offense contrary to Section 30(1) of the Cybercrime (Prohibition, Prevention, Etc.) Act, 2015”.

The defendants pleaded not guilty to all charges.

Based on their pleas, prosecution counsel Benjamin Manji asked for a trial date and that the suspects be remanded at the Correctional Centre pending trial.

But defence counsel, A.G Yirvoms informed the Court of a pending application for the bail of his clients.

Justice Agishi adjourned the case till July 26, 2021 for consideration of bail application and October 6, 2021 for trial.