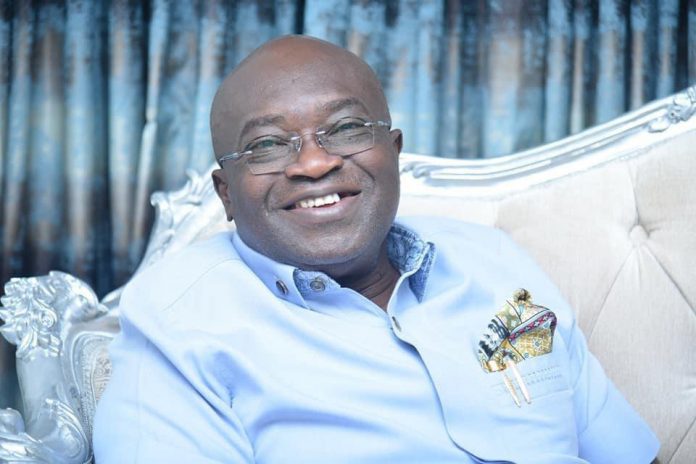 Governor Okezie Ikpeazu has restated his administration’s commitment to the security of lives and property of Abians.

Governor Ikpeazu stated this in a meeting with the Executive Chairmen of the LGAs and some stakeholders in the security sector of the state at the Governor’s Lodge, Aba.

While addressing the issue which he considered “topmost priority to the people and the State”, the Governor emphasized the importance of security in Abia as the state is at the confluence of the South East and South South regions with the possibility of criminal activities from these other areas snowballing into the state.

He announced far reaching strategic security measures at the community, local government and state levels, disclosing that selected numbers of security personnel will be in charge at the various levels of security architecture across the State with specific focus on the activities of criminal herders.

He also informed that Chairmen of Local Government Areas in the State will coordinate the security apparatus in their areas in consultation with relevant stakeholders.

The State Chief Executive further announced the provision and distribution of various types of logistics to enable the personnel carry out their duties effectively.

He said that leadership of each group of the personnel will be armed with relevant gadgets for prompt and effective communication and dissemination of information .

The Governor enjoined the Chairmen of the Local Governments to be dispassionate in choosing those that will head the security set up at the community and local government levels as well as inaugurate the new security structure in their respective areas.

“It is your duty to provide extra support for logistics and training… Having laid this plan, I want to state that the LG Chairmen are free to make adjustments according to the peculiarities and circumstances of their various Local Government Areas to make the whole arrangement even more effective. I’m not going to micromanage it.

“What we have been preaching for at the national level is for the federal government to allow the various state governments to have sufficient grip of the security apparatus in the states so that they can take necessary action quickly whenever there is a breach”, he said.

Responding on behalf of others, the State Chairman of ALGON, Hon. Ibe Nwoke and the Permanent Secretary, Ministry of Homeland Security, Comrade Christopher Okpara, thanked Governor Okezie Ikpeazu for coming up with well thought out security measures for improved security at the grassroots.

They promised to align themselves with the new policy direction of the Governor with a view to nipping insecurity in the bud.

A former Deputy Governor, Chief Eric Acho Nwakanma, Chief Okey Ahaiwe, the Senior Special Assistant to the Governor on Homeland Security, Mr Chigozie Onyeukwu Ubani among others were present at the meeting.