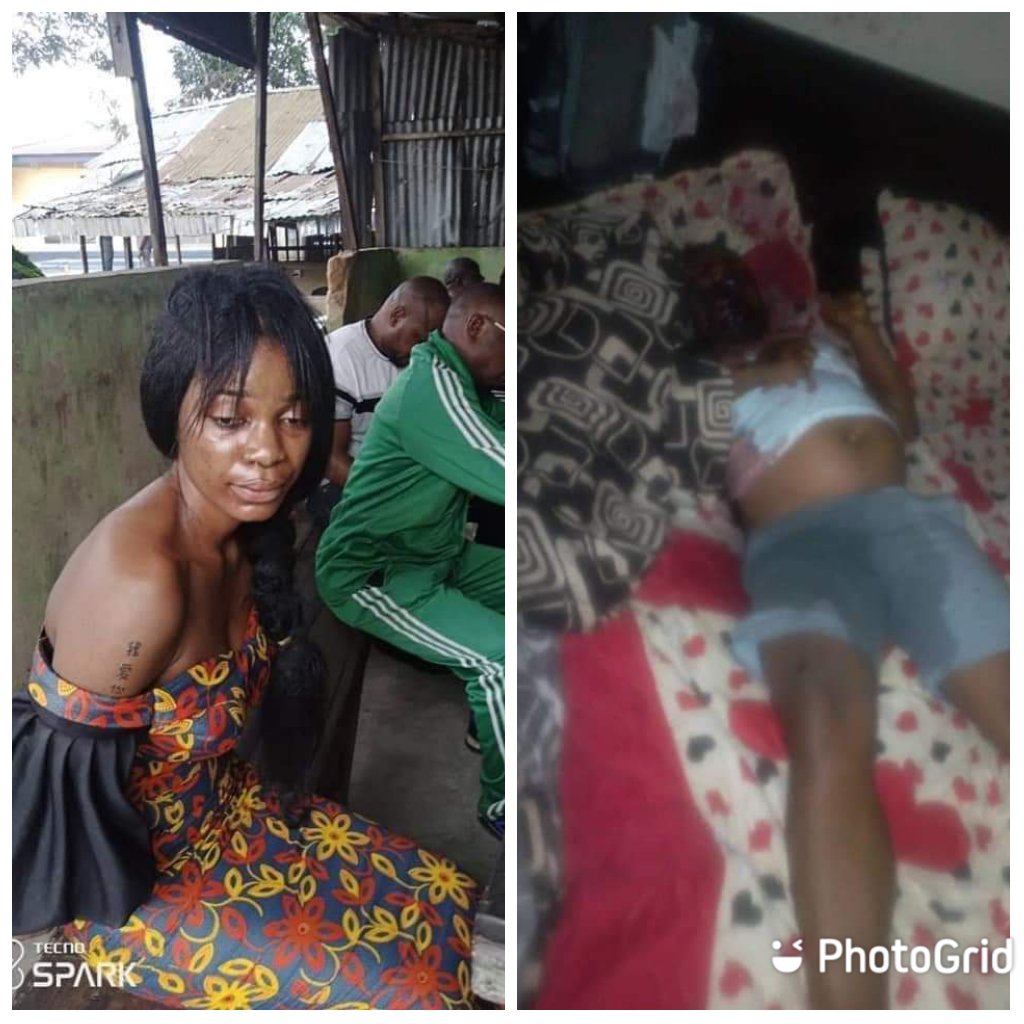 Fresh disclosure has been made available on the murder of popular businessman, Mr. Chikoha Chukwuemeka by his alleged side-chick, Miss Lauretta Walter.

It was gathered that Miss Walter allegedly murdered Chukwuemeka and made away with his Mercedes Benz 4matic jeep and an undisclosed amount of money.

According to family sources, Mr. Chikoha, who was married, had been ‘dating’ Miss Walter for close to a year. They were rumoured to be on good terms until Wednesday, August 4th, 2021 when Mr. Chikoha’s corpse was discovered in his room in a pool of blood.

It was gathered that Chikoha’s decomposing body was discovered after his business associates could not reach him on phone. The deceased, who was an importer, was to clear some of his goods on Tuesday, August 3rd but was nowhere to be seen or heard from.

After repeated calls with no response, a close friend decided to visit his house on No. 2 Samuel Effanga street, Osongama housing estate in Uyo, on Wednesday, August 4th, to inquire on his whereabouts. On getting there, the friend met his gateman who disclosed that his boss had left the house early on Tuesday adding that he has not seen him since then.

Puzzled, both men decided to check the building to see if anyone was around. On getting to the entrance, the front door was open which was strange. The house was empty, so they decided to check Mr. Chikoha’s room and on opening the door, they met the decomposing corpse of the deceased on the bed in a pool of blood.

On further investigation, It was discovered that Chikoha was last seen alive on Monday around 8pm when he returned with Miss Walter. The gateman confirmed that he saw both of them adding that they bought fast food and retired into the building for the night.

On interrogation, he revealed that on Tuesday morning around 5 am, he was woken up by the blaring horn of the deceased’s Mercedes Benz jeep, thinking it was his boss driving, he quickly opened the gate without probing the vehicle to know who was in it.

An eyewitness and friend who spoke on the condition of anonymity, disclosed that Chukwuemeka had a huge amount of money in the house on Monday which he intended to use to clear his goods the next day.

The eyewitness disclosed that after discovering the corpse, they discovered the bag where Chikoha kept the money was empty.

Police detectives were contacted and they tracked the Mercedes Jeep to a hotel in Ewan housing estate. On confirming that it belonged to the deceased, the operatives learnt that it was driven by Miss Walter and she was lodged in the hotel. She was not around the premises as that time.

An ambush was laid and she was swiftly arrested after returning to the hotel with an Uber taxi. According to a reliable source, on getting her hotel room, a huge sum of money(around N7 million) was found. She had also bought a lot of accessories, boxes, clothes and also changed her hairstyle.

Upon interrogation, the Uber driver revealed that he had taken Miss Walter to a hair-saloon, market and to a road safety office in Uyo. He disclosed that Miss Walter had requested that he take her to Ogoja in Cross River state to renew her driver’s license but he refused saying he could not go ‘inter-state’ but that he knows someone who can help her do it.

According to our source, she obliged and he took her to the Road Safety Office to get a new license done. He said that he heard Miss Walter asking the road safety officer to help her drive a new vehicle she bought to Ogoja, adding that her ‘hand was not yet strong’ in driving.

Miss Walter was taken to the B division Police Station in Ewet Housing Estate, Uyo. She told investigators that she only took the vehicle out for ‘Wheel Balancing and alignment’ adding that she knew nothing about the murder.

When the PRO of the Akwa-Ibom state Police command, Mr. Odiko Ogbeche-Macdon was contacted, he promised to revert with further information on the case. He is, however, yet to get back to our correspondent.