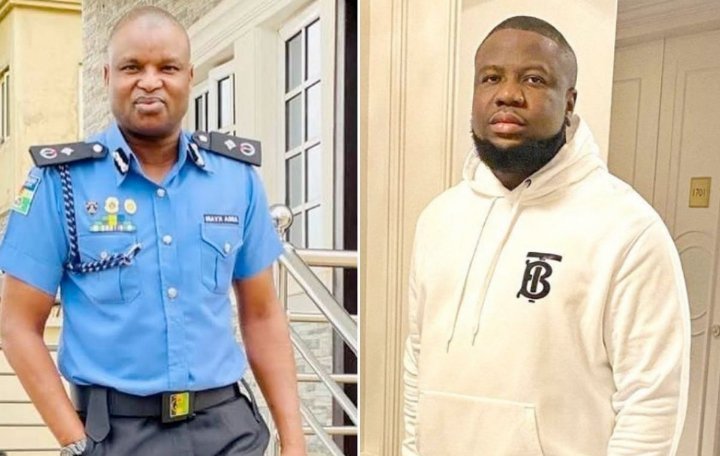 Sadly, Abba Kyari’s case has taken on an ethnic dimension and has gotten to the outrageous extreme where a Northern body is accusing Southern Nigerians of colluding with the Federal Bureau of Investigation to tar any rising Northerner.

This is all the more pathetic considering that this same group lauded General Buhari when he extrajudicially hounded a Southern Chief Justice of Nigeria, Justice Walter Onnoghen, out of office, only to replace him with a very shallow Northern Muslim who struggled to explain what a technicality meant.

How can you support the ouster of Onnoghen and condemn the indictment of Abba Kyari? Do you see the ridiculous extent to which ethnicity and religion have reduced us?

I am delighted that General Buhari is out of the country and hiding from me and other #HarassBuhariOutofLondon. If he had been in Nigeria, there is a possibility that Northern esprit de corps would have kicked in, and nothing would have happened to Abba Kyari, just like nothing happened to Isa Pantami, whose offence (terror sympathising) is actually greater than Kyari’s alleged crime.

We remember the case of Professor Usman Yusuf, the Executive Secretary of the National Health Insurance Scheme, who was suspended by Vice President Yemi Osinbajo for alleged acts of grand corruption while President Buhari was holed up in London.

What happened? Buhari returned and predictably restored his fellow Fulani back to power at the NHIS. Abba Kyari is Kanuri, like Buhari’s late mother. We hope Buhari will not return and repeat history.

But we are missing a serious point over this Kyari matter. In America and the United Kingdom, when a rogue policeman or prosecutor has been exposed, all his previous cases are x-rayed.

Sacking Kyari from his post as the head of the Intelligence Response Team and suspending him is not enough. As a nation, we need to investigate his convictions to see how many innocent persons he has sent to prison or to their Maker in the past.

This is because, from the irrefutable evidence released by the FBI, we now see that Kyari arrested Chibuzor Kelly and only after arresting him did he ask ‘what did he do?’

This is poignant. It means anybody with enough change could have influenced Kyari to arrest his enemy, whether innocent or guilty. Kyari’s style is not innocent until proven guilty. It is arrest first, ask questions later. What if the ‘suspect’ dies before the answer to ‘what did he do?’ comes?

We know of at least one incident where that happened. The so-called Principal suspect in the Offa bank robbery case, Michael Adikwu, an Igbo man like Chibuzor Kelly, died in Abba Kyari’s custody.

This is after another suspect in that case, Ayoade Akinnibosun, testified in court that Abba Kyari brutally tortured all the suspects in that case.

Testifying in court on Friday, March 15, 2019, Akinnibosun said “He (Abba Kyari) promised that they would reward me handsomely and set me free if I can indict Senator Saraki. When I disagreed, they called some policemen to take me back to their cell. During this time, my hands were tied to my legs in the back.”

Think of this before you feel sorry for Abba Kyari, or before you believe that Southerners, like me, have colluded with the FBI to frame Kyari.

Everyday has been for Abba Kyari. Let us let this one day be for his victims.

And they are many. Abba Kyari’s history is replete with tortures, police brutality, and heavy-handedness. He is too brutally victorious to be a victim, and playing the victim now, does not suit him.

Even the oloriburuku Governor of Borno state, Babagana Zulum, who on January 17, 2021 accused Christians of being members of Boko Haram, has distanced himself from Abba Kyari, releasing a statement denying ever visiting Abba Kyari and saying also that he does not even know where the crooked cop lives.

And let me end this piece by cautioning parents to avoid comparing their children to other people. ‘See you mate’ has driven too many people into crime.

Last year many of these sorts of parents thought Hushpupi was more blessed than their children. Today, Hushpuppi would die to be in their children’s shoes.

Parents should help their children learn the virtue of contentment and envy no one by teaching them to compare themselves to no one. If they must be compared, let it be a comparison with who they were yesterday or their own potential.

As humans, we see only see a thumbnail photo of people’s life. Only God sees the full picture. Therefore, don’t Kyari another person’s matter on your head.

Peace of mind with little is better than a pierced heart with much. The grass looks greener where it is well watered with fraud. But remember, looks can be deceiving. Every day is for Hush and Kyari. But only one day is for the FBI.