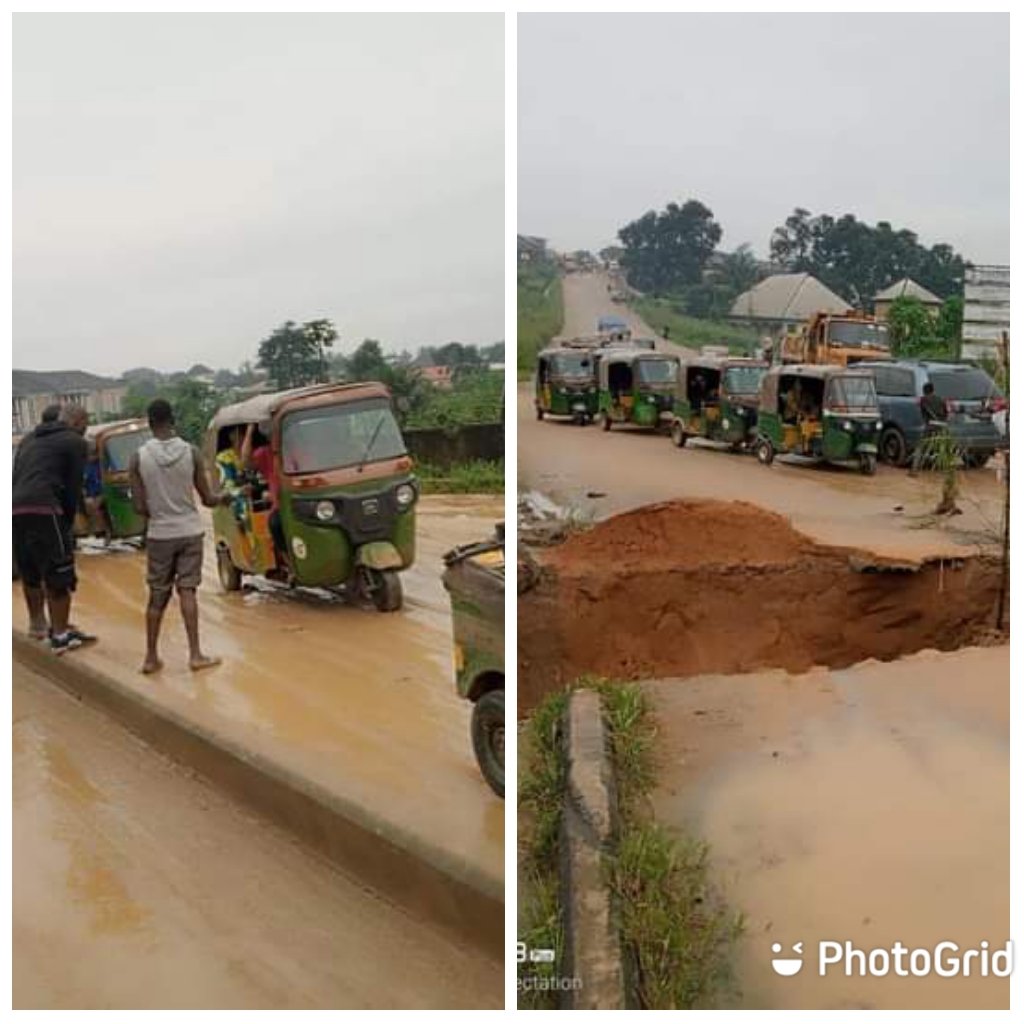 Abia State Government has banned the use of heavy-duty trucks and vehicles from using the Emelogu bridge populary known as Orji Uzor bridge in Aba over some engineering defects.

Speaking on Thursday, the State Commissioner for Information, Chief John Okiyi Kalu, stated that some fundamental engineering defect was noticed and warned that it’s unsafe for vehicular movement.

Chief Okiyi further stated that the State Ministry of Works has directed engineers to assess the situation and recommend immediate repair works.

The Abia State Ministry of Works has observed some fundamental engineering defects on the Emelogu bridge which has rendered it unfit and unsafe for vehicular traffic.

Consequently, the state ministry of works has deployed some engineers and other experts to assess the situation and come up with recommendations for immediate action.

Abia State Government therefore wishes to direct motorists and other road users in Aba to avoid Emelogu bridge (popularly called Orji Uzor bridge) pending the envisaged maintenance and realignment works to make it safe for public use once again.

We wish to state clearly that it is unsafe to use the bridge in its present condition, hence, heavy duty trucks and other articulated vehicles are hereby banned from using it pending completion of repair works to correct the observed defects.