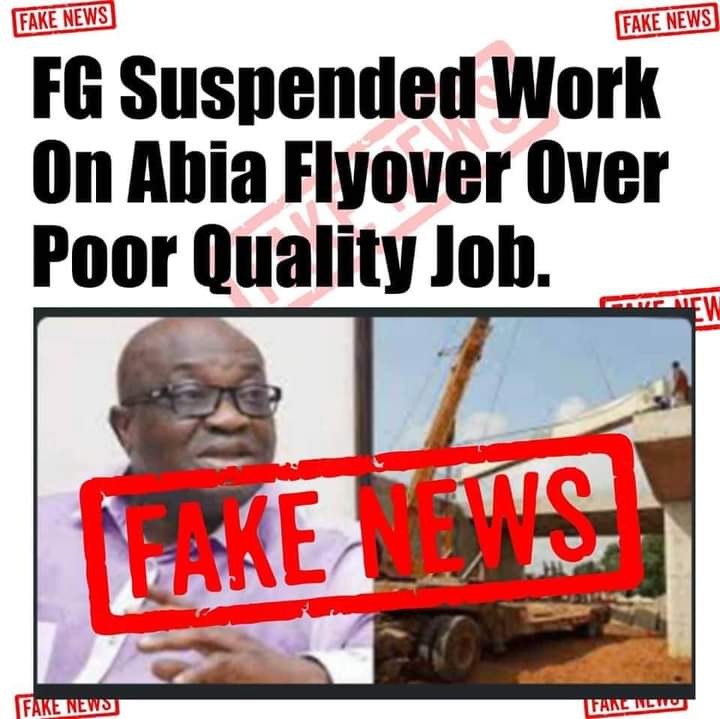 The government of Abia State has described the news flying around social media that the federal government through the federal ministry of works has ordered the suspension of work on Osisioma Flyover as fake news.

According to the commissioner for information and strategy Dr. Eze Chikamnayo, the fake news is nothing but a malicious piece of balderdash which depicts nothing but the devilish wishes of the proponents of the evil news who do not wish to see the project completed.

He warned the enemies of the state masquerading as opposition politicians to desist from infantile antics bothering on insanity which have become their trademark of recent and embrace the ongoing efforts of Governor Okezie Victor Ikpeazu who is actively rebuilding Abia State for posterity in ALL Sectors.

He also described the news of a rift between the Governor and Speaker, as existing only in the imagination of those peddling the fake news.

He urged Abians to ignore fake news and not allow themselves to be misled by irrelevant opposition elements who are desperately gasping for breath in a vain attempt to resurrect the carcass of their dead political Party in Abia State.