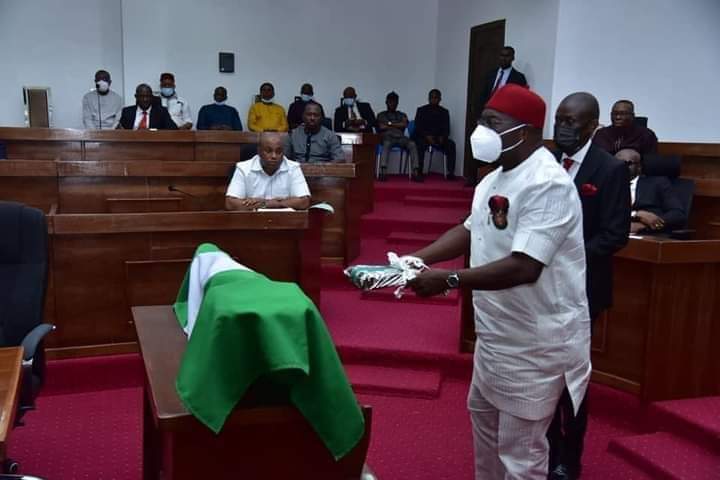 The Governor of Abia State, Dr Okezie Ikpeazu has presented the 2022 budget to the Abia State House of Assembly for consideration.

Speaking while presenting the 2022 draft budget estimate to the house on Tuesday, the Governor disclosed that the budget is 10.8% higher than that of last year.

The 2022 budget is made up of a recurrent expenditure of =N=66, 830, 193, 200 (Sixty Six Billion, Eight Hundred and Thirty Million, One Hundred and Ninety-Three Thousand, Two Hundred Naira Only, representing 45% of the budget.