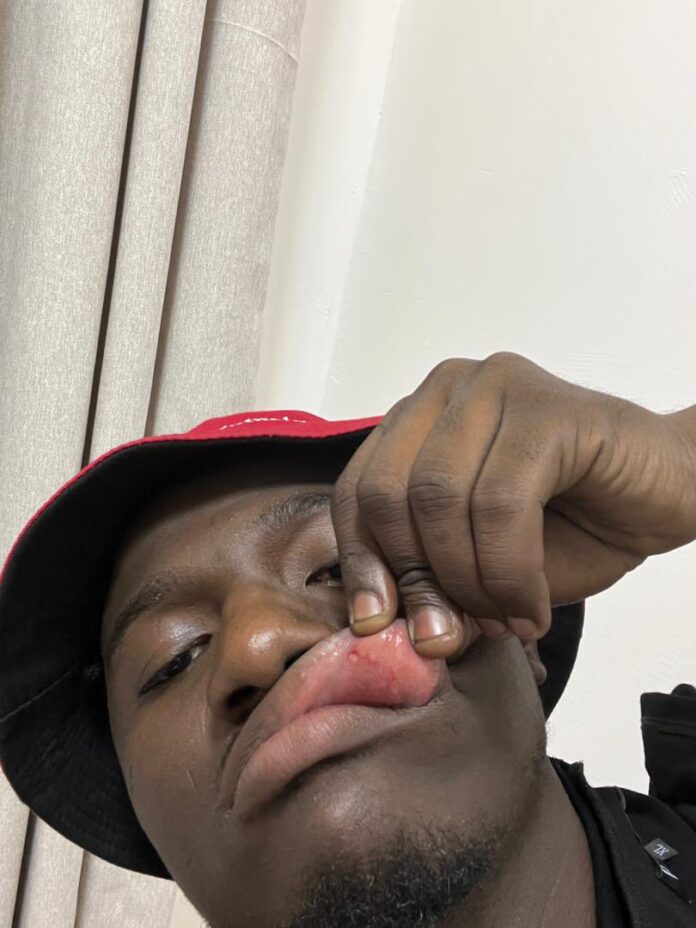 Comedian Abisi Emmanuel Ezechukwu popularly known as Nasty Blaq has revealed how he was harassed and assaulted by men of the National Drug Law Enforcement Agency, NDLEA, on Wednesday in Lagos State.

Speaking on his Twitter page, the Comedian stated that the operatives who cocked his gun disclosed that it will not hesitate to shoot him even though he’s a public figure.

It was also discovered that the NDLEA was raiding an estate the comedian was visiting which made him fall, victim.

“It is with deep sadness I share my experience here on social media but I hope this gets seen by everyone.

Yesterday, while I was on my way to a visit at (location), I was accosted by men who claimed to be from the NDLEA.

I was asked to dismount from my vehicle, raise my hands and identify myself. In my bid to avoid an escalation, I complied.

However, I was immediately slapped from behind by another individual. I protested this maltreatment and was joined by my PA.

Immediately, the men from the NDLEA began to brutally assault me and my PA.

One of the men from NDLEA cocked his rifle and shouting, told me he would not hesitate to shoot me dead. In his words, he said he had no reason to hold back even though he knew I was a public figure.

On further inquiry, I found out the NDLEA was conducting a raid on the estate I was visiting and that this same brutal treatment was meted out to several other individuals that same night.

This kind of lawlessness is the same situation that for years Nigerians have dealth with at the hands of men in uniform and now, after all the clamor, it seems like the new threat to the safety of Nigerians is the NDLEA. I am a victim and I will not keep silent.

I am in the process of making formal complaints to the Nigerian Police and the NDLEA. I have demanded an investigation into the matter and will pursue every legal avenue to ensure that the individuals responsible are brought to book.

A statement by the spokesman of the NDLEA, Femi Babafemi disclosed that the comedian was arrested in the early hours of Wednesday January 12 following credible intelligence gotten on the Orchid Estate, Lekki area of Lagos State.

It was also alleged that during the operation, some persons including the suspected dealer ran away with bags suspected to contain exhibits. A trail allegedly showed they ran into the residence of the comedian.

Acting on credible intelligence, narcotic officers stormed the drug joint in the estate, where three suspects were arrested with illicit drugs including 200 sachets of 225mg Tramadol and 1.5kilograms of cannabis sativa. In the course of the operation, some persons including the suspected dealer ran away with bags suspected to contain exhibits.

A trail showed they ran into a house located at 2B Saula Akinlolu way, Orchid estate, which is the residence of 22-year-old Sunday Joshua (aka De General). The young men started to make noise to prevent a search. The operatives introduced themselves as officers of NDLEA and submitted themselves for search before entry. This was done and a search was conducted.

The search led to the recovery of drug exhibits including cannabis sativa; Tramadol 225mg, and some paraphernalia for drug use. This was after the suspect had requested to record on video the search, which the officers out of sense of civility allowed. The video trending on social media was the moment the suspect and his friends decided to disrupt the bid to conduct a search of the house.

In his confessional statement in custody, the suspect admitted ownership of the drugs recovered from his house.