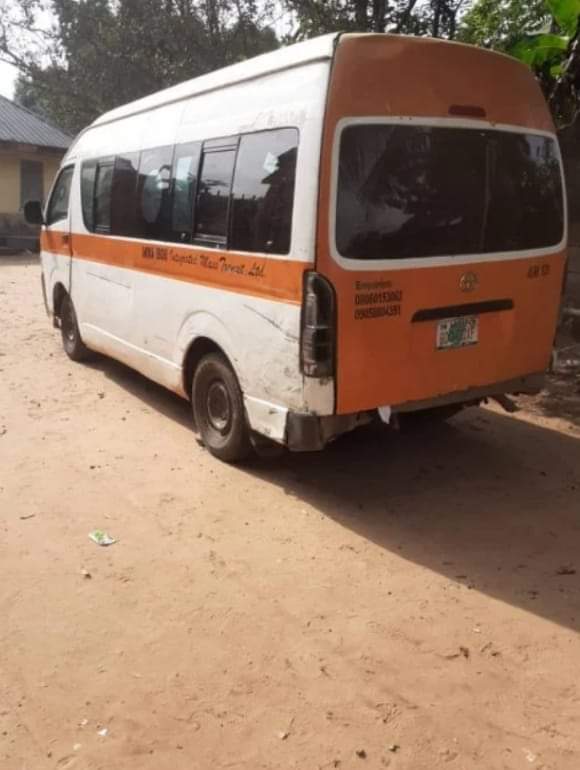 Passengers of a commercial bus heading to Lagos from Uyo, the Akwa Ibom State capital, were kidnapped on Tuesday when unknown gunmen intercepted a bus in Isiala Mbano, Imo State.

It was gathered that the incident which happened at Odo Rubber road in Obiohuru in the Isiala Mbano Local Government Area of the state, had caused tension in the area.

The passengers were travelling in a bus marked Government Akwa Ibom State when the gunmen struck, took them away, leaving behind the vehicle and luggage.

A community source told our correspondent that “no one knows where they were taken to. The bus was still steaming when the villagers saw it on Tuesday at that lonely area called Odo Rubber. Phones and luggage of the passengers were intact.”

Our correspondent gathered that the vehicle had been pushed out of the lonely road and handed over to the police.

The President-General of the community, Dr Sharon Ohaka, who spoke to our correspondent on the phone on Wednesday, said the bus had been pushed out of the lonely road by the youths. He also disclosed that the community had invited the police.

He said, “The vehicle had been pushed out of the lonely road. We have invited the police at the area command level and the divisional headquarters at Ishiebu. They have taken over the vehicle and the passengers’ luggage and the investigation process.

The spokesperson for the Imo State Police Command, Micheal Abattam, had yet to respond to a text message sent to him by our correspondent as of the time of filing this report.