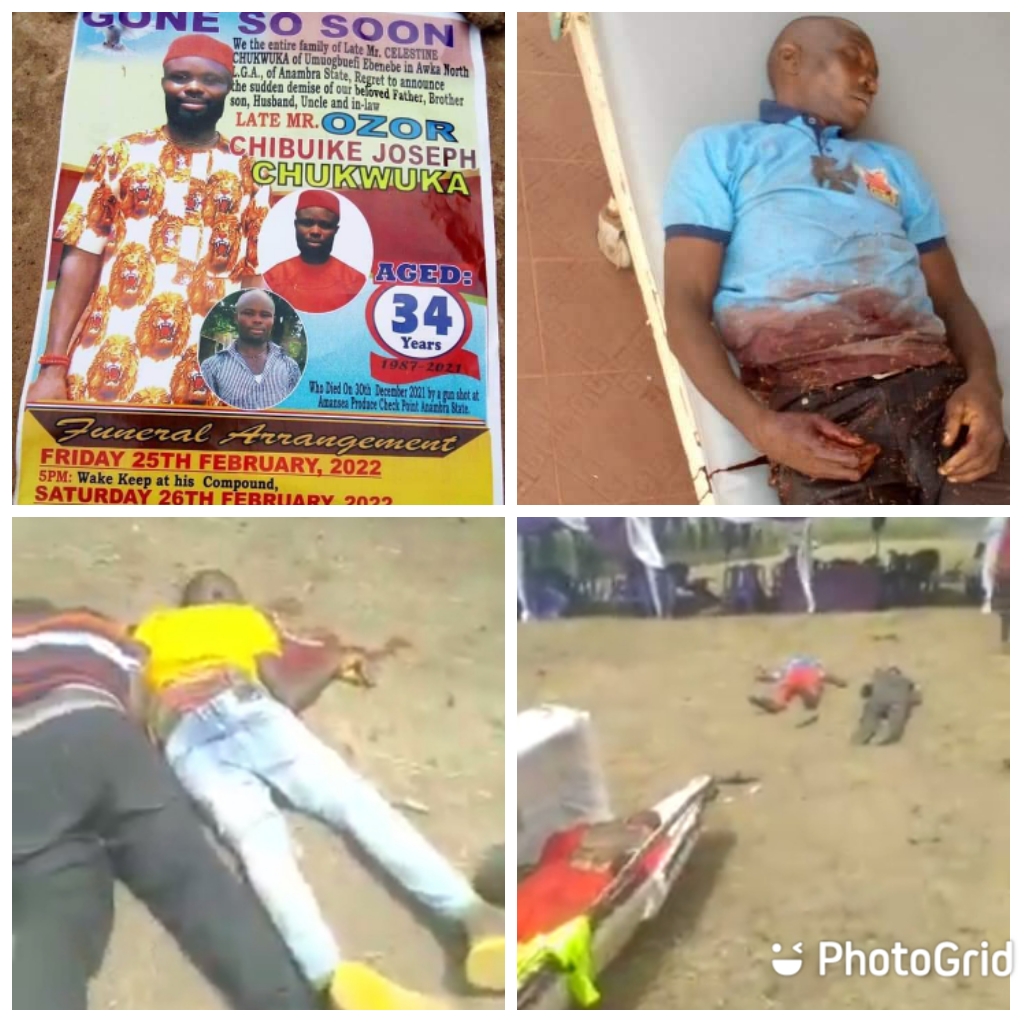 Armed men suspected to be members of a secret cult on Saturday invaded a burial ceremony in Ebenebe, Awka North Local Government Area of Anambra State, killing about 20 persons.

It was gathered that it was the burial of a suspected leader of a cult named Ozo and while the corpse was lying in state in his compound, some suspected cultists arrived the scene and sacked mourners, shooting at them.

A source said, “My sister was supposed to be at the burial. She and her friends had already prepared to leave Awka for Ebenebe but the vehicle they booked to take them disappointed them.

“She and her friends were so unhappy and they decided to go in search of another vehicle that can take them. It was in the course of going to the burial that they received a phone call that everybody at the burial had been dispersed by some gunmen.

“She also got a video from the scene, which showed several persons lying in pools of blood dead, while the corpse was desecrated, with the coffin lying far apart.”

The Anambra State Police Command has confirmed the incident, saying that it was a case of cult rivalry.

Spokesperson for the command, DSP Tochukwu Ikenga, said, “This morning there was an incident at Ebenebe. A burial was going on when some people suspected to be cultists invaded the area and started shooting.

“I do not have details of casualties now but I will keep you informed once the picture becomes clear.

“For now, the Commissioner of Police, Echeng Echeng, has dispatched tactical squads comprising of various units to the area to maintain calm.”