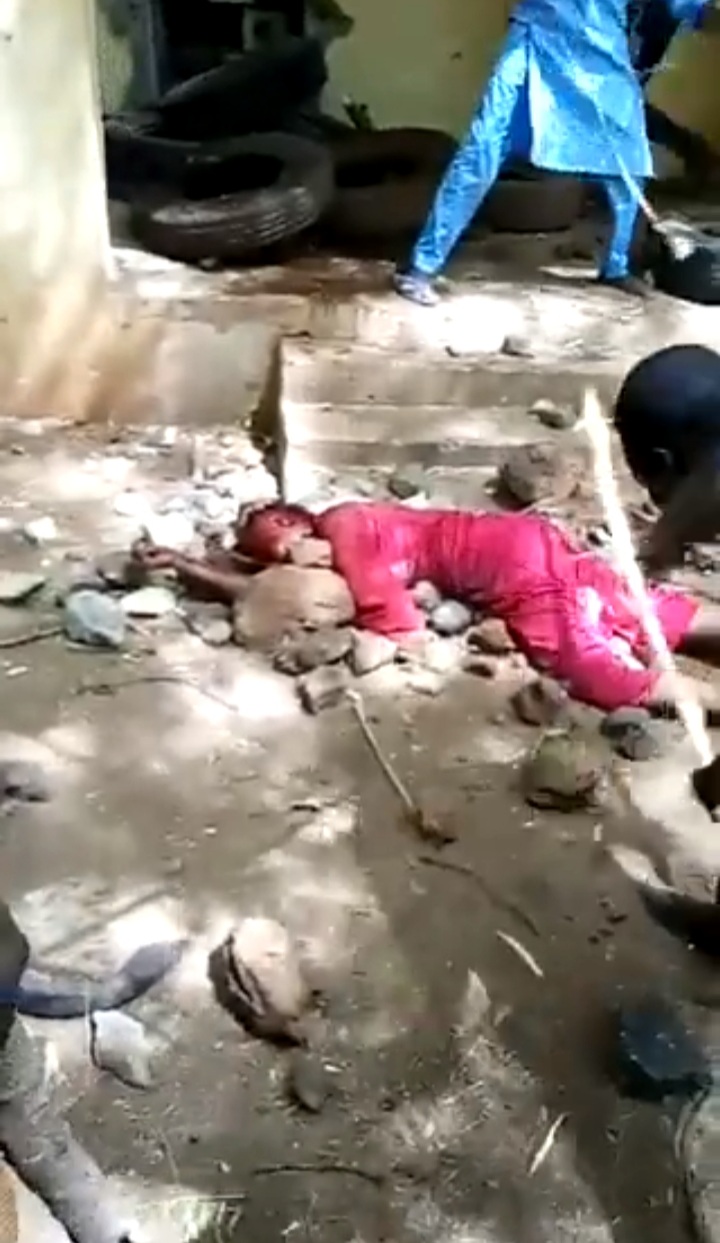 The Management of Shehu Shagari College of Education in Sokoto State has been shut down indefinitely following the killing of a Christian female student by an irate mob.

A gory video shared on social media on Thursday revealed when the female student identified as Ms Deborah from Zuru, Kebbi State was beaten with sticks and stones while others set her ablaze with tyres tired around her.

It was gathered that the crowd accused the dead victim of blasphemous comments against Prophet Muhammad(SAW).

When the deceased got information about threats to her life in school, she was taken to the security post of the school but the angry mob pursued her and overpowered the security personnel.