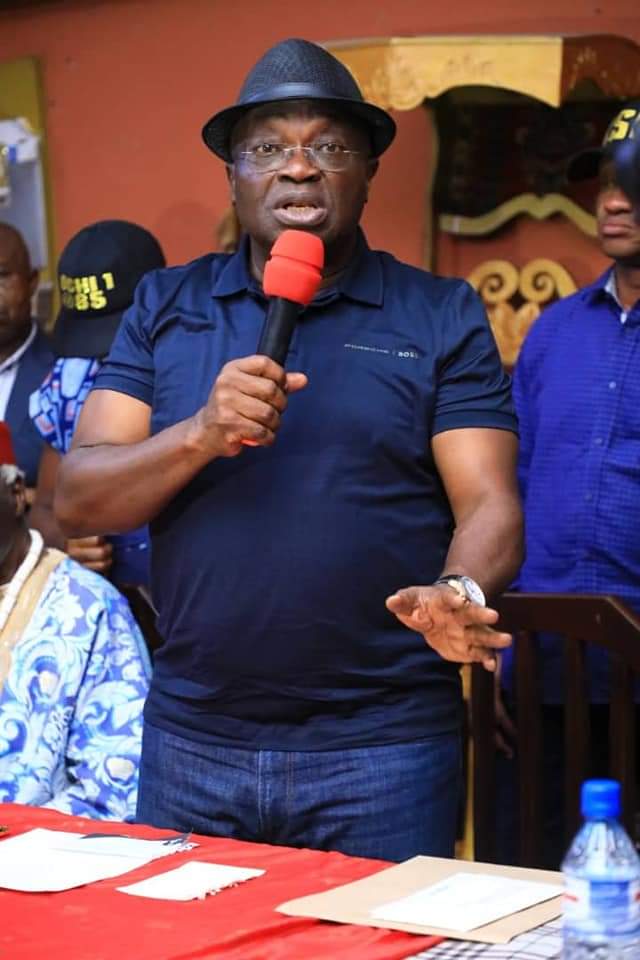 Abia State Governor, Dr Okezie Ikpeazu has directed that cows and herders around Umunneochi Local Government Area are restricted strictly to the Cattle Market located at Umuchieze following the incessant insecurity in the State and Country.

A statement by the Honourable Commissioner for Information and Strategy, Barrister Eze Chikamnayo on Sunday revealed that the decision was taking following interactive sessions between the Governor Ikpeazu Umunneochi Leaders, Stakeholders and Security Agencies in the State.

Consequent upon the fact finding visit of the  Security conscious  and caring Governor of  Abia State to the scenes of incessant Kidnappings and killings in Umunneochi LGA of Abia State.

Arising from the extensive interactive sessions which His Excellency Governor Okezie Victor Ikpeazu has been having with Umunneochi Leaders, Stakeholders and Security Agencies,

1. That the Commissioner of Police, Abia State alongside with Umunneochi Youths, provide immediate Security along the Ihube to Isuochi Road stretching from Ngodo through Lomara Junction all the Way to Ihube.

2. Upon the implementation of the above directive, The Governor directs the  Chairman of Umunneochi LGA, Chief Ifeanyi Madu to open the Road leading from Ihube through Lomara Junction to  Ngodo Isuochi immediately.

3. The Commissioner of Police, Abia State has been mandated to draw up logistic requirements for mounting six additional checkpoints at strategic locations across Umunneochi LGA.

5. All Cows and herders around Umunneochi LGA are hereby restricted strictly to the Cattle Market located at Umuchieze until a final decision is reached concerning the menace in the Cattle Market.

6. The Leadership of the youth of Umunneochi LGA, Vigilante Groups, Hunters and the Hausa Community will continue to meet with the Governor until an amicable solution is found to the incessant cases of Insecurity in the area.

7. His Excellency,  Governor Okezie urges all parties to show restraint and circumspection in their utterances and actions to maintain the peace and promote the peaceful coexistence of all law-abiding citizens.