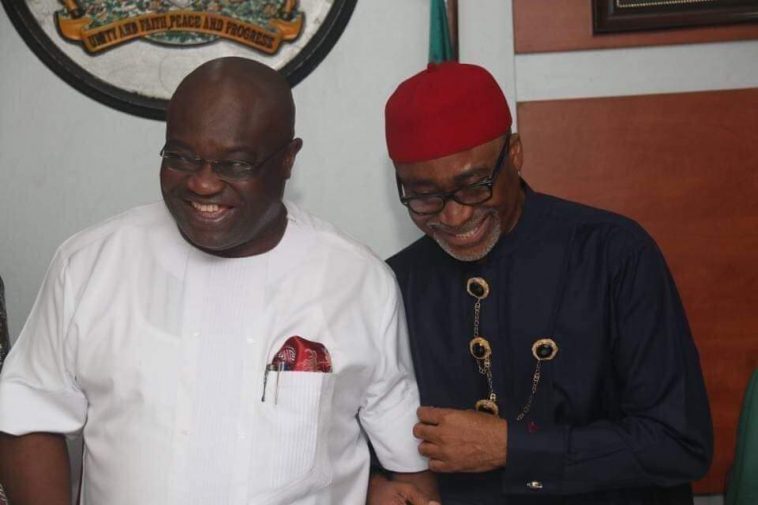 The Governor of Abia State, Dr Okezie Ikpeazu has stated that the Peoples Democratic Party, PDP made the former Senate minority leader Enyinnaya Abaribe what he is today.

Speaking to Dickson Iroegbu  Of “Nigeria Right Now” in an exclusive interview on Thursday, he revealed that the hallmark of ‘courage is defined not at times of comfort but at times of discomfort.’

“This is his 23rd year in Politics, PDP made him everything, if you have been in the Senate for 16years, you have been deputy Governor for 4years and the Party said something that you have to wait, so at what point will the Party grow, because those who were 20years as at the time you were Deputy Governor are 40years now, so a 20years man will be waiting on queue to 40 years and then till what point.”

“Some people don’t take disappointment easily and people who do that are cowards.”

Recall that Senator Abaribe who resigned as the minority leader of the 9th Assembly and is representing the good people of Abia South has resigned from the PDP alleging sabotage at the just concluded governorship primary election.

Senator Abaribe has decamped to the All Progressive Grand Alliance, APGA and will be contesting for the Abia South Senatorial District against Governor Okezie Ikpeazu who won the party ticket unopposed for the seat under the aegis of the PDP.