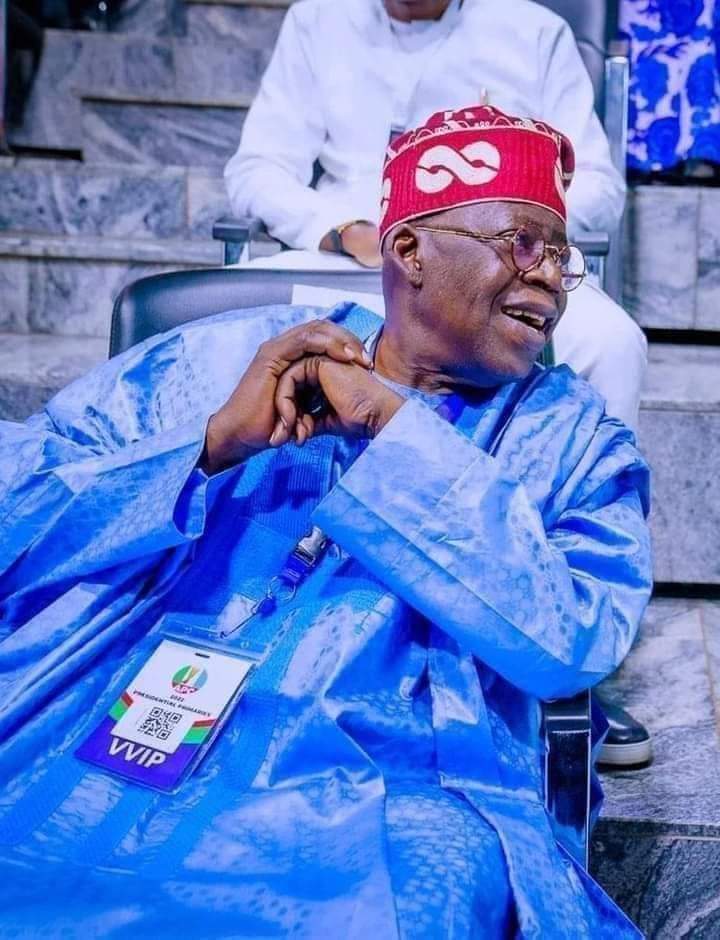 Femi Fani-Kayode, former aviation minister has challenged those who called him a political jobber for supporting the former governor of Lagos State and the Presidential candidate of the All Progressive Congress, Alhaji Bola Asiwaju Tinubu, stating that he will not fold his hands and watch the party lose the election in 2023.

FFK as fondly called revealed that despite his disagreement with the National leader of the party, he will work with him to deliver thw party in the forthcoming 2023 presidential election.

Weighing on the controversial ticket, FFK made it clear that if the ruling political party fields a ‘Muslim/Christian ticket or a Muslim/Muslim ticket with a Muslim VP that is reasonable, moderate and trustworthy and that I am sure will protect the Christian and national interest’ he will support the interest to the best of his abilities.

‘For those who believe that I should not support Jagaban today simply because of what I said about him in the past I say grow up and hear the following:

No matter what transpired before, Asiwaju Bola Ahmed Tinubu is now the democratically-elected and legitimate candidate of the political party to which I belong.

Do you really expect me to turn my back on my party simply because he is our flag bearer?

Do you expect me to fold my hands, remain silent and say nothing whilst you try to take him and our party to the cleaners and stop us from winning power at the center? Is that how politics works?

If that is your expectation and wish you will wait forever. Hell will freeze over before I do that.

Party loyalty is everything and unless and until I change parties I will remain faithful, loyal and true to all our flagbearers and candidates in the APC and write, speak and fight for them.’

He warned those who have clearly been antagonizing over his political choices to let him make his choices as they have done stating strongly that Bola Asiwaju Tunubu will win the presidential election.

‘Leave me alone to make my choices just as you have made yours.

Follow whoever you believe in all the way to the toilet and let me follow Jagaban to victory.

If Jagaban or APC does something wrong tomorrow or fields a Muslim/Muslim ticket with a Muslim VP that I regard as being a danger to Christians I will leave them and fight against them.

This much I assure you because I do not shy away from such things especially when it comes to matters touching and concerning my faith.

However, if they field a Muslim/Christian ticket or a Muslim/Muslim ticket with a Muslim VP that is reasonable, moderate and trustworthy and that I am sure will protect the Christian and national interest I will support them with every fibre of my being.

It is as simple as that. I make my choices and you can make yours after which we meet in the field. I don’t care what choices you make so why should you care about mine?

In any case, if I am so inconsequential why should it bother you who I support and why do you keep coming to my wall and commenting on my opinions?

Why should I continue to be an integral part of your strange and complicated little universe?

Am I the only former Minister or former public office holder in politics?

I left public office in 2007, which is 15 years ago, yet you still wait on every word I utter and watch everything I do and say.

You want to know what I wear, what I eat, what I think, who I spend my time with, what I drink, who I support, how many times I go to the bathroom in one day and so on.

For this I say “thanks be to God” but I do wonder why you are so obsessed with FFK?

Is it that secretly you want to be like me?

I do not know who you are or even of your existence yet you seek to know everything about me and what I think or believe on any and every issue.

Is this not strange? Is there not more to it than meets the eye?

Whichever way, whether you like it or not Jagaban WILL win.

After that, you will cry, sulk and then come and beg us for support and help.

You will lobby us for this, that and the other.

I have seen it all before. You insult on the wall and beg for help in the inbox.

There is nothing new in this world or under the sun.

Keep on hating and insulting as much as you like but please allow me to make my choices. This is my lawful and constitutional right. It is also my duty and obligation before God and man.

And when you come for help, despite your hateful, venomous and vicious rantings and ravings and despite your malevolent disposition, be rest assured that we will still do our best to help you and give you a better quality of life.

That is why we are in politics and that is what civilised people, serious politicians and real men always do.

We pity and forgive the underdog and the most undeserving and we open our arms and show mercy even to the cruel when they see the light.

Have a great day!

The former minister has come under fire over his choice of the Governor of Kogi State Yahaya Bello as a presidential candidate of the ruling party likening him to one whose stance is easily influenced by an incentive.