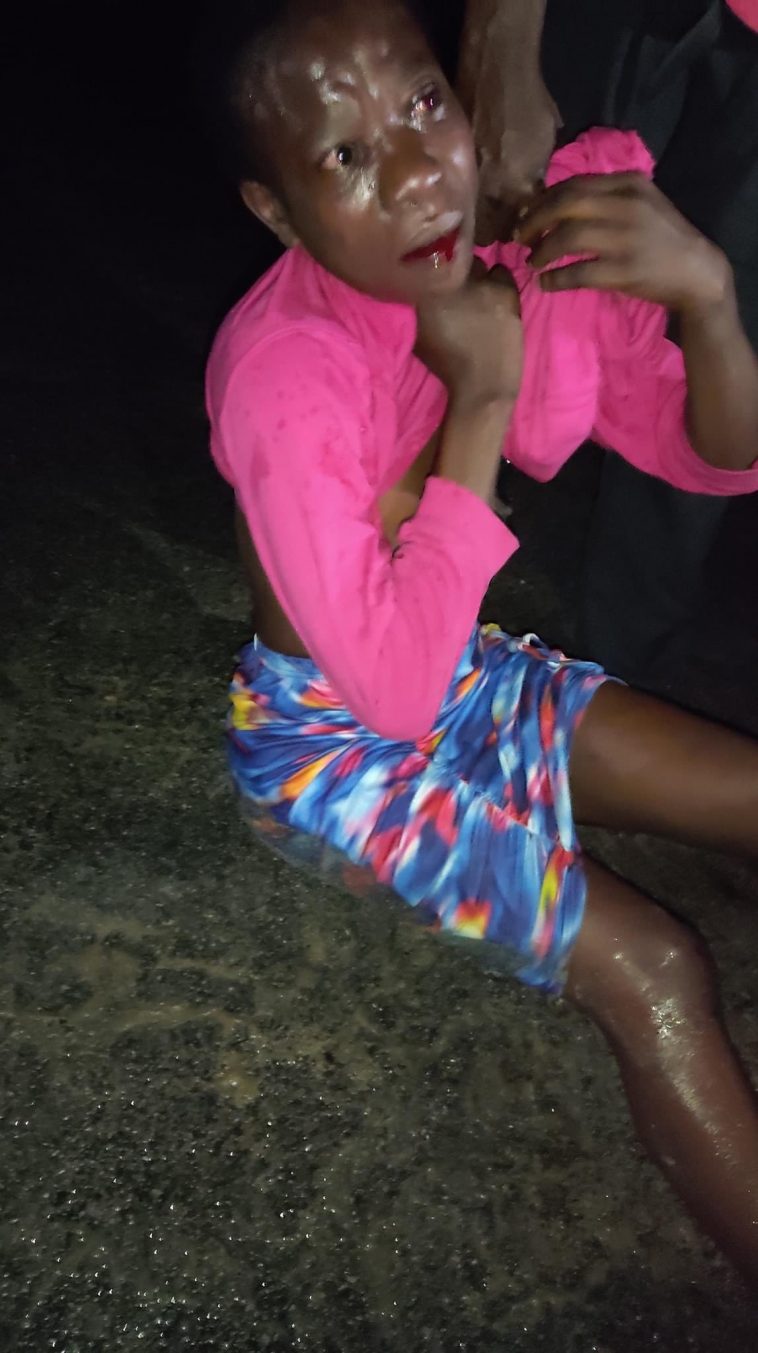 It was gathered that the lady went on the operation to steal a generator with her friend and they contracted the services of a tricycle rider to carry the generator.

The ladies lied to the tricycle rider that the generator belonged to them and they were taking to for repair.

The rider who has grown suspicious asked them repeatedly who owned the generator but they maintained it was theirs.

Meanwhile, a woman who doesn’t want to be named drew closer to the mild drama and asked the ladies for their identities and what they were trying to carry.

On further interrogation, one of the thieves ran away while the other was held down by the tricycle rider and almost lynched by the angry mob that gathered.