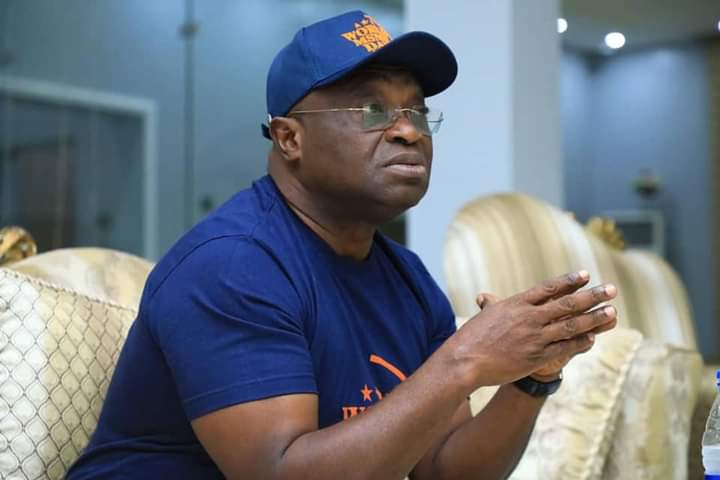 Governor Okezie Ikpeazu has described the collation of reliable data on the population as a key requirement for effective planning for national development.

Governor Ikpeazu stated this yesterday at his Country Home, Umuobiakwa when he received a delegation of the National Population Commission led by the Federal Commissioner representing Abia State at the Commission, Chief Johny Nwabuisi.

The Governor made it clear that periodic census was critical to national development because governments at all levels need to know the exact number of people whom they are serving and how best to apportion resources.

He said that the realization of the importance of population census management led his administration to set up a Population Committee for the State for the purpose of liaising with the Federal Government to ensure that the next population census will be seamless in the State.
He assured the Federal Commissioner that his administration shall work closely with the Commission to ensure that the next census scheduled to hold by next year is successful.

Speaking earlier, the Federal Commissioner representing Abia State at the National Population Commission, Chief Johny Nwabuisi told the Governor that they were in Obingwa as part of their plan to organize a TRIAL CENSUS which is to be used to assess their level of preparedness for the main census. It willl also be a good time for them to test their different equi in readiness for the census next year. Obingwa LGA, according to him, is one of the Local Government Areas chosen for the trial
He thanked the Governor for the foresight in the setting up of the State Population Committee under the Chairmanship of a former Deputy Governor of the State, Rt. Hon Eric Acho Nwakanma, describing it as a key step towards a successful census exercise in the State, and assured that the Commission will work closely with the Committee to capture the true population figure for the state.
The State Director of the National Population Commission, Mrs Juliana Ezebuiro also spoke at the event.