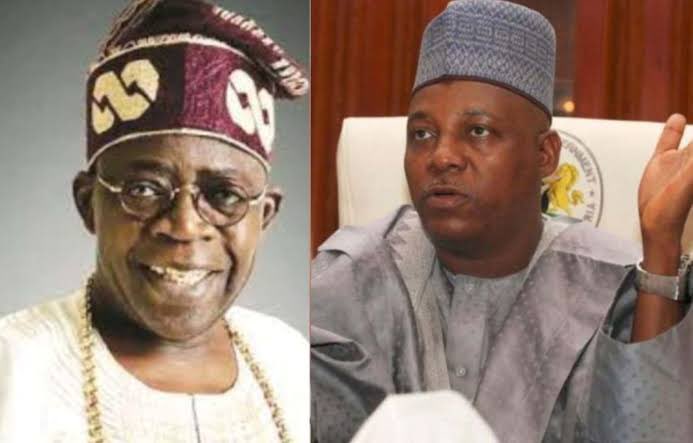 The presidential candidate of the All Progressive Congress, Asiwaju Bola Tinubu has revealed the reason why he picked the former governor of Borno State, Kashim Shettima as a running mate in the 2023 general election.

Speaking on his Facebook page on Sunday, shortly after announcing his running mate, the National leader of the APC stated that Senator Shettima will help him actualize his dream in Nigeria.

Countering the Muslim-Muslim concern of Nigerians by the ruling party, the former governor of Lagos State revealed that choosing his running mate was based on competence, and leadership and not based on religious sentiments.

“As president, I hope to govern this nation toward uncommon progress. This will require innovation. It will require steps never before taken. It will also require decisions that are politically difficult and rare.”

“Our focus, therefore, must be on getting the job done; and that means getting the very best and competent people to do it. In this crucial moment, where so much is at stake, we must prioritize leadership, competence, and the ability to work as a team over other considerations.”

If I am to be that type of President, I must begin by being that type of candidate. Let me make the bold and innovative decision not to win political points but to move the nation and our party’s campaign closer to the greatness that we were meant to achieve”…

“Today, I announce my selection with pride because I have made it not based on religion or to please one community or the other. I made this choice because I believe this is the man who can help me bring the best governance to all Nigerians, period, regardless of their religious affiliation or considerations of ethnicity or region.”

“Here is where politics ends, and true leadership must begin. “

Recall that the APC candidate denied a WhatsApp message which circulated on the day of the ruling party’s presidential primaries that he was planning a Muslim-Muslim ticket.

Meanwhile, the Christian Association of Nigeria (CAN) had previously frowned at the choice of a running mate for the ruling party citing crisis in a multi-religious country.