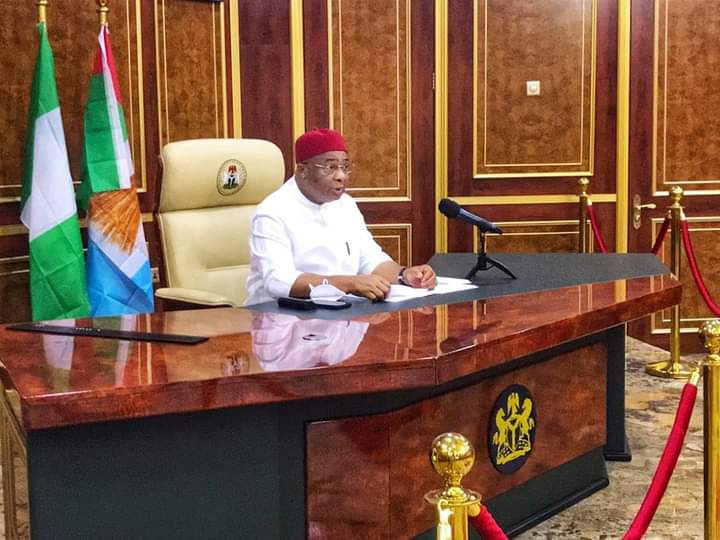 Governor Hope Uzodimma of Imo State has charged the people of the South-East geopolitical zone to avoid repeating the mistake of playing opposition politics.

Governor Uzodimma gave this advise in a meeting with political stakeholders in Imo State.

He made it clear that South East remains a part of indivisible Nigeria and must integrate fully into the social and political activities of the country, as well as be ready to get its due through lobbying, dialogue and engagement with leaders of other segments of the country.

He expressed appreciation to God for putting the enemies who planned to destabilize his government with insecurity to shame, adding that if he had not risen to the occasion, he wouldn’t have achieved the much he has achieved so far like; reconstruction of Owerri-Orlu Road, Owerri Okigwe Road, the Owerri Urban Renewal Project, the planned rehabilitation of Mbaise Road, automation of all salary and pension payments in the state.

The governor, meanwhile called on community stakeholders to fish out and get the remaining renegades who are yet to embrace his amnesty programme to do so before it becomes too late.

“There is no going back. We must secure the environment. We must create the secured environment for our people to do their businesses. We are not against anybody, therefore nobody should be against us. I cannot be answering governor in this state and people will be afraid to come out”.

Uzodimma made it clear that he was not averse to constructive criticism, but if any politician thinks he or they will use violence to twist his arms and wrestle power from him, the person or group will not be allowed to land at Imo Airport, talk more of coming into the state to play politics in Imo.