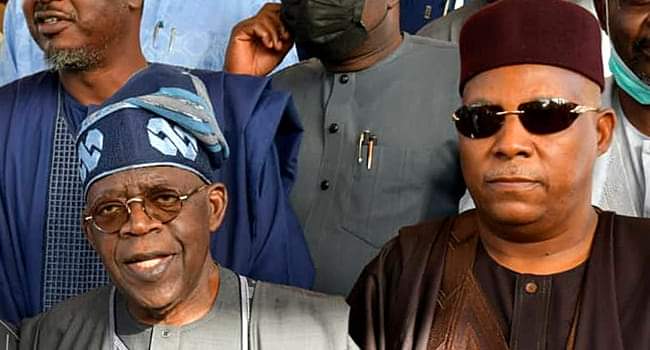 The Speaker of Nigeria’s House of Representatives, Rep. Femi Gbajabiamila, has described the choice of Senator Kashim Shettima as the running mate of the Presidential Candidate of the APC, Asiwaju Bola Ahmed Tinubu, as a wise decision.

Gbajabiamila expressed delight that Tinubu settled for one of the best hands for the job of Nigeria’s Vice-President.

He said Shettima has over the years proved his mettle as a shrewd and progressive politician whose eight years as governor of Borno State – from 2011 to 2019 – was a defining moment for the state.

“Asiwaju is widely known as the biggest talent hunter in the country who has over the years assembled an army of performers in governance irrespective of their ethnicity or religious leaning. This unique feature also can be found in Sen. Shettima following his track record of excellence in both the private and public sectors”, the Speaker said.

As a foremost banker, Gbajabiamila said Shettima has the right character and intellectual capacity to turn things around hence having him as the Vice-President under a Tinubu presidency will be a masterstroke in the management of the economy.

“I was amazed by Shettima’s depth, ability and capacity to engage Christian Amanpour, a journalist of international repute. He earned my respect (and I must say that of his interviewer) even more ever since then.”

The Speaker said the Tinubu/Shettima ticket is a good combination that will lead to success at the polls for the APC.

Gbajabiamila congratulated the Asiwaju for making “the wise decision,” noting that Nigerians yearned for such a great team.

The Speaker called on Nigerians to support the Tinubu/Shettima ticket and other APC candidates for various elective offices during the 2023 elections.