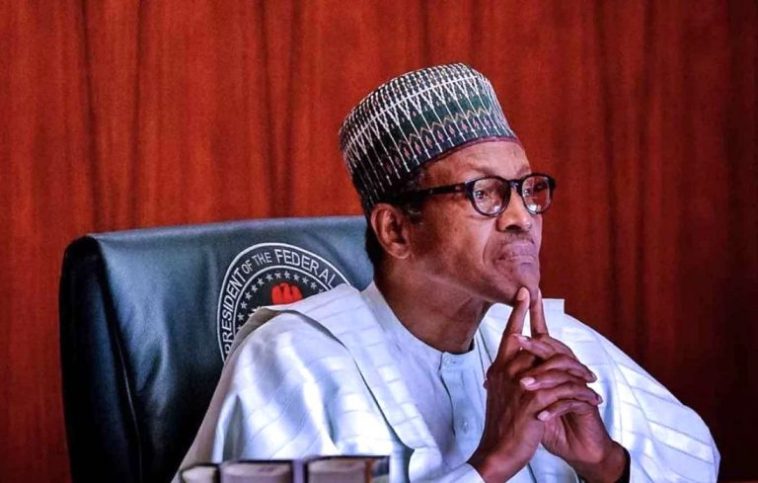 The Federal Government has stated that there is no Collective Bargaining Agreement (CBA) between it and the Academic Staff Union of Universities (ASUU) which currently awaits signing by the President.

The Honourable Minister of Labour and Employment, Senator Chris Ngige, said even when such a Collective Bargaining Agreement is produced between unions and the Federal Government, it is not the President that signs but the Government side – MDAs led by the direct employer – with the concilliating ministry witnessing.

This clarification has become necessary in view of the deluge of deliberate misinformation being dished out to Nigerians by the President of ASUU, Prof. Osodeke, as well as his branch leaders, calling on President Buhari to sign an agreement which they claimed to have reached with the Federal Government.

Senator Ngige therefore wishes to inform Nigerians that there is no such Collective Bargaining Agreement (CBA) that has been reached between the Federal Government, ASUU and other university unions on the renegotiation of their salaries and allowances (wages). What is in existence is a proposal. Even when such CBA is made, it is not the President that signs it. From available records, no Nigerian President or sovereign signs such.

The true position is that Nigerians are aware that ASUU has been on strike since February 14, 2022 and locked in negotiations on their demand, especially of their conditions of service – wages , salaries, allowances and other public service matters, that should be guided by relevant Federal Government Ministries and agencies – Ministry of Finance, Ministry of Education, Ministry of Labour and Employment, Budget Office of the Federation, National Salaries Income and Wages Commission, Office of the Head of Civil Service of the Federation, through the newly set-up Prof. Nimi Briggs Committee.

It is pertinent to note that that Prof Nimi Brigg Committee, just like the Prof. Munzali Committee it replaced, is an internal committee of the Ministry of Education to receive ASUU demands and renegotiate areas of 2009 Agreement while also receiving briefs from the MDAs mentioned above that act as advisers, before making any counter offer to ASUU and other unions.

Unfortunately, ASUU insisted that these relevant advisory MDAs recuse themselves from the sitting of the Briggs Committee, accusing them of non-cooperation. All alone with the Prof Briggs Committee, ASUU started fixing their salaries and allowances to the exclusion of the statutory government ministries and agencies that manage the entire annual finances of government, budget and fiscal policies, and the Office of the Head of Civil Service that is in charge of ensuring that public service rules and regulations are not undermined in any condition of service offered to public officers in the universities.

Consequent upon this exclusion engineered by ASUU, and the arising complaints to the Chief of Staff to the President and the Honourable Minister of Labour and Employment by the concerned MDAs, the Chief of Staff and the Honourable Minister of Labour set up an inter-Ministerial/Agency sub-committee, comprising the affected MDA’s under the Minister of State, Budget and National Planning to quickly look into Prof. Briggs Committee report which to all intents and purposes was still a proposal in June 2022 at the government side meeting. This assignment was to be completed with the Presidential Committee on Salaries and Wages and given two weeks to come up with their recommendations.

Having rounded off its work, the committee returned as verdict: that with the Prof. Briggs Proposal of 109 -185% increase in the university wage structure, the Federal Government will incur an additional N560b as salaries alone, on top of the present N412b, less all other allowances such as Earned Academic Allowances and fringe benefits, Teaching Allowance, field trip, responsibility and post-graduate supervision allowances, hazard allowances, which were to gulp another N170b.

In all, the sum of N1.12 Trillion will be needed to pay the salaries and allowances of university lecturers and other staff in the university system. At present, the wage bill of the university staff and their colleagues in Teaching Health Systems gulp nearly 50% of the total federal government staff personnel cost/wages. Recall too that the staff of Polytechnics and Colleges of Education have also placed their wage review in the front burner since two months ago. This is just like the medical doctors and the JOHESU who have placed before the federal government, the need for wage review which the government agrees that even with the 10% review of salary, following the Minimum Wage and the Consequential review of 2019, her employees will need some salary enhancement for all sectors and not just for education or health employees alone.

Currently, the Presidential Committee on Salaries and Wages has finished the review of the Prof. Nimi Briggs proposal and will shortly submit same to the President. This clears every doubt that there is an agreement before the President waiting for his signature. There is none!

On UTAS, UPPPS and IPPIS, Nigerians will recall that IPPIS was an inherited payment platform meant to run side by side the corruption-ridden defunct GIFMIS platform. However because of the issues of ghost workers, inflated personnel cost, non-payment of PAYE taxes by federal employees in the states to their respective states governments, who turn around to collect these tax and the differential from the federal government, through the Joint Tax Board, government decided to make IPPIS payment platform sole and compulsory to all federal government staff drawing their remunerations from the federal government treasury.

Subjected however to critical integrity and vulnerability test, a bulwark against fraud during salary payment, at NITDA, it failed. It also failed stress test. Meanwhile non-teaching staff of the universities also came up with UPPPS, each vowing not to submit to the other, proven successful or otherwise. But following the tripartite plus meeting of May 12, 2022 at the Presidential Villa, NITDA was directed to subject the three platforms of IPPIS, UTAS and UPPPS to test. The fresh test on UTAS and on UPPPS has been concluded and results awaited while that of IPPIS is still in the works but all will be concluded in the next one week.

Finally, the Hon. Minister will like to use this opportunity to once more appeal to ASUU and their sister university unions, whose complaints had been looked into except the ongoing renegotiation of their 2013/2014 Agreement, to go back to school, knowing full well that these ceaseless strikes de-market our universities and certificates therefrom, while government labours with their leaders to produce a standard pay rise as soon as possible.