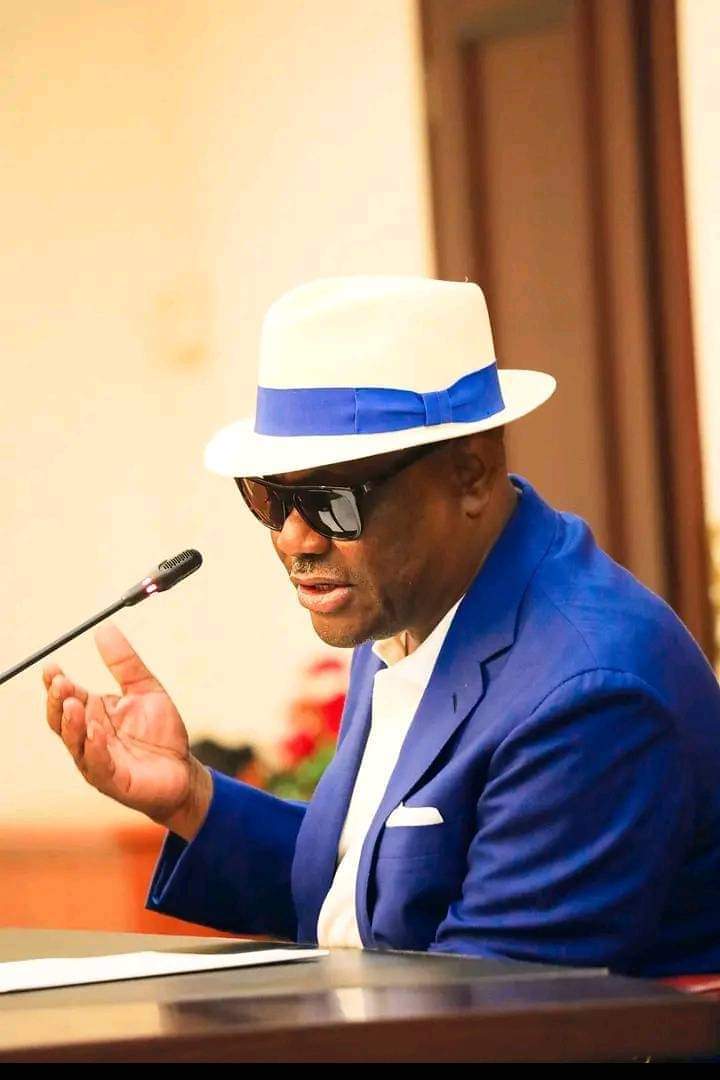 Rivers State governor, Nyesom Ezenwo Wike has declared that Rivers people are resolved to resist individuals who have looted assets of the State from presiding over them as governor.

A statement made available by the Special Assistant to the Governor on Media, Kelvin Ebiri stated that Governor Wike pointed out that the resolve, is predicated on the desire to safeguard the State from those who are only interested in looting the commonwealth of Rivers State people.

Governor Wike made the assertion on Thursday shortly after signing the contract for the construction of the eleventh (11th) and twelfth (12th) flyover bridges, and the dualisation of Azikiwe Street- Illoabuchi Road in Port Harcourt, between the State government and Julius Berger Nigeria PLC at Government House, Port Harcourt.

The Rivers State governor said such looters are desperate to cover their track of crime and Rivers people would not allow such people who do not have the interest of the State to take over its affairs.

“This State must be guarded. We cannot allow people who don’t have the interest of this State to take over the affairs of this State. People who have looted the treasury of the State clearly.”

Governor Wike explained that genuine lovers of the State should be the ones presenting themselves to serve the State as governor not looters.

The governor pointed to former governor of Rivers State and Minister of Transportation, Chibuike Amaechi and the All Progressives Congress (APC) Rivers governorship candidate, Tonye Cole as persons clearly identified to have looted the State.

“They can run helter-skelter to stop their arraignment, but they must be arraigned and tried. What Rivers people will hear, Rivers people will be shocked to know what the former governor of the State and Minister did in this state with his partner, Tonye Cole.

“If they (Ameachi and Cole) like, let them bring 500 Senior Advocates of Nigeria, they will face the trial. So, that Nigerians will hear, Rivers people will see how this State was looted

“Anybody can be governor but not those we have identified that have looted the State treasure. If we can do 12 flyovers from 2019 to now with the little amount of money we are getting, imagine what the previous administration would have done.

“The previous administration that had a lot of money if they had done them, we would have concentrated on other things. But we are still working within the city to change its landscape.”

Governor Wike remarked his style of politics and governance as clearly different from other politicians who take the people for granted and hardly fulfil promises they make.

He maintained that the good of Rivers people and the State remain the priority of his administration, which is why more projects are still awarded as he prepares to leave office on 29th May 2023.

“So, we are very proud that this administration has kept all the promises made to the people. So, it gives us joy. Some people would have said why not go with the money.

“But I asked, how much money can you make? What can you amass as against the interest of the people. So, for us, we are very happy and anybody who is working with this administration can carry his shoulder high that we have made a difference as far as governance is concerned.”

Speaking further, governor Wike informed that payment for some of the ongoing projects have almost been completed with the inauguration of more projects in view.

Governor Wike told the construction company, Julius Berger Nigeria PLC that excuses will not be tolerated from them because 80 percent of the contract sum has been released to the company with the monthly N2 billion irrevocable standing order of payment.

The governor also commended leaders of the state for the immerse support that they have given to his administration to succeed.

In his speech, Managing Director of Julius Berger Nigeria PLC, Dr. Lars Richter, said the contract they have signed with the Rivers State Government is for two new flyover bridges that would be completed in 10 months and the dualisation of Azikiwe Street- llloabuchi Road in 6 months.

“You set on your own record of 10 flyovers, but now you beat your own record to make it 12 flyovers. I think that this is big challenge but you will surmount. We have completed and commissioned 6 flyovers 3 more are near completion stage, one ongoing, which shows the confidence that the State government has in Julius Berger Nigeria PLC.”