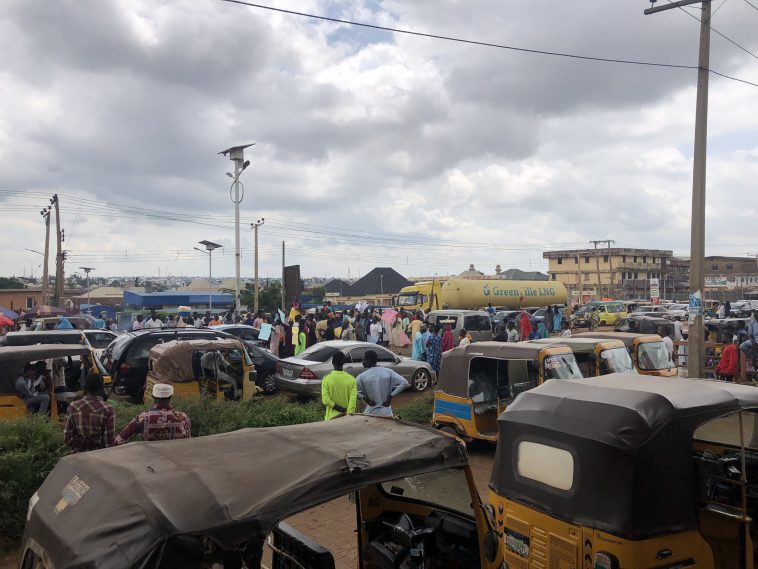 The families of abducted passengers of the Abuja-Kaduna train attack have protested again for the release of their loved ones who have been in captivity for 126 days.

The protest which happened on Sunday came after videos of the ISWAP terrorists flogging and beating the victims while demanding compensation for their release were circulated.

The protesters blocked the Kagoro junction bye-pass Kaduna demanding the release of their loved ones.

The police operatives at Unguwan Sanusi division were at the scene to negotiate with protesters for calm in the area.

The terrorists, in a video, threatened to abduct President Muhammadu Buhari and the Governor of Kaduna State Nasir El-Rufai, just a few weeks after the convoy of the President was attacked in Katsina State if their demands were not met.