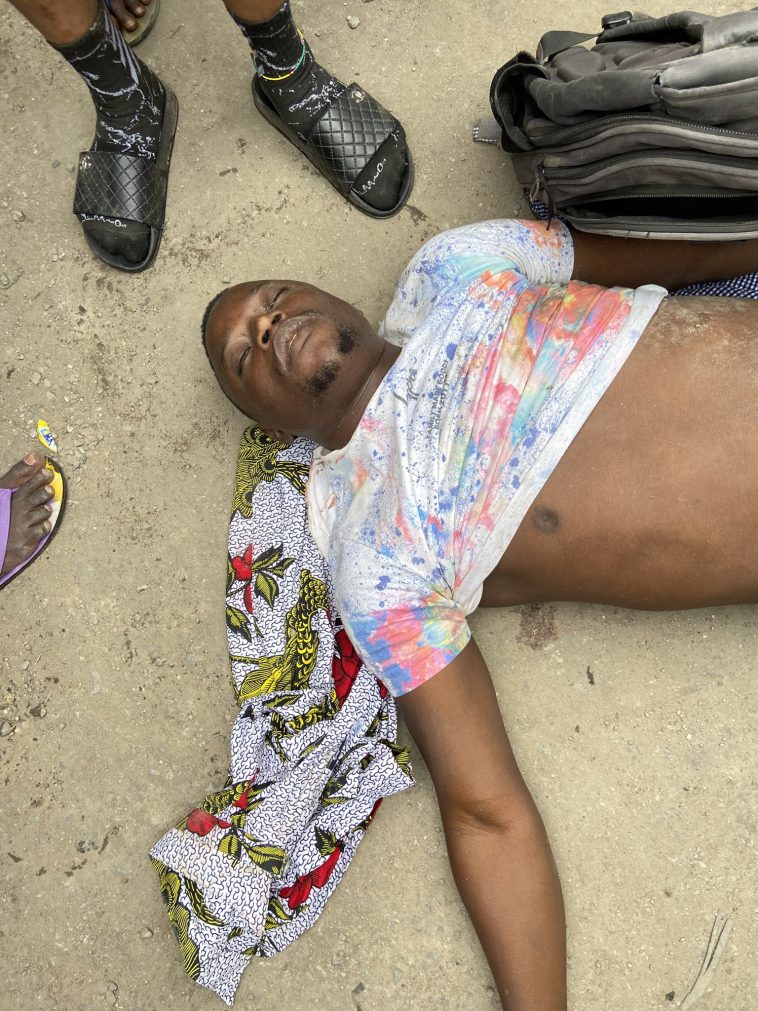 An unidentified young man has been shot down by Taskforce operating along Festac, the second rainbow bus stop, in Lagos State on Monday.

The task force who stormed the area to seize motorcycles which have been banned in the city shot through the crowd and killed the young man.

The video which has been circulated on social media showed the man lying lifeless on the ground with his backpack.

Recall that motorcycles have been banned from operating in six local government areas – Eti-Osa, Ikeja, Lagos Island, Lagos Mainland, Apapa, and Surulere by the Governor of Lagos State Babajide Sanwo-Olu.

He said: “After a critical review of our restriction on Okada activities in the first six LGAs where we restricted them on February 1, 2020, we have seen that the menace has not abated. We are now directing a total ban on Okada activities across the highways and bridges within these six local government and their local council development areas, effective from June 1, 2022.”