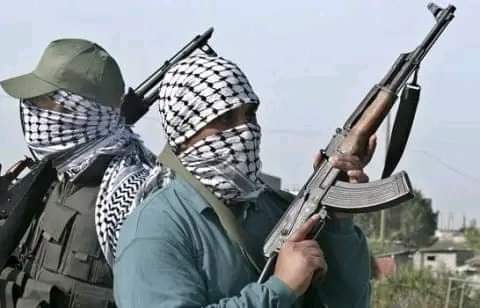 It was gathered that the attackers invaded the area on Monday night and carried out their operation for hours.

Only three weeks ago, the terrorists attacked Sabon Gero community in the New Millennium City Settlement, killing a joint task force commander and a resident.

They also abducted 16 other members of the community, including a medical doctor, in what seemed to be a serial assault on the settlement.

A source said the late JTF commander opened fire on sighting the bandits “not knowing that the bandits had closed in on his team.”

“The bandits opened fire and hit the commander in his legs and he fell. They then shot him in the head, shattering his skull. A resident, who was hit by bullets, died on his way to a hospital,” the source had added.

In the fresh attack on Monday, SaharaReporters learnt that scores of residents were also kidnapped from the New Millennium City Settlement.

The Nigerian police and the military authorities have yet to comment on the latest assault.

Recall that the terrorists in a viral video threatened to abduct and kill President Muhammadu Buhari and Governor of Kaduna State, Malam Nasir El-Rufai.

They boasted that they would destroy Nigeria.

“Just like the Chibok girls that were sold off, we will equally sell these ones as slaves. If you don’t adhere to our demands, we will kill the ones we need to kill and sell the remaining. By God’s grace, El-Rufai, Buhari, we will bring you here,” one of the terrorists had boasted.