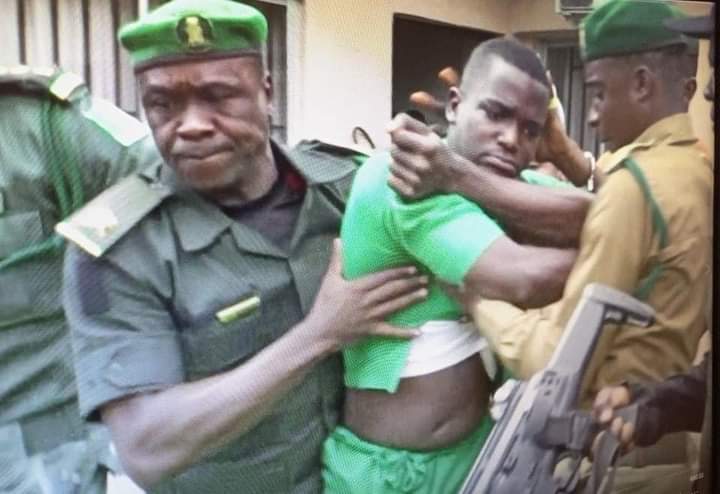 The convicted killer, Uduak Akpan, of Akwa Ibom job seeker, Iniobong Umoren, attempted to escape after he was sentenced to death at the Akwa Ibom State High Court on Thursday.

His plan, however, failed as security operatives overpowered him.

The convict was sentenced to death by hanging and life imprisonment on the two charges of murder and rape preferred against him.

Meanwhile, the court discharged and acquitted his father, Frank Akpan and sister, Anwan Bassey (2nd and 3rd accused) who were standing trial for accessory after the fact to murder.