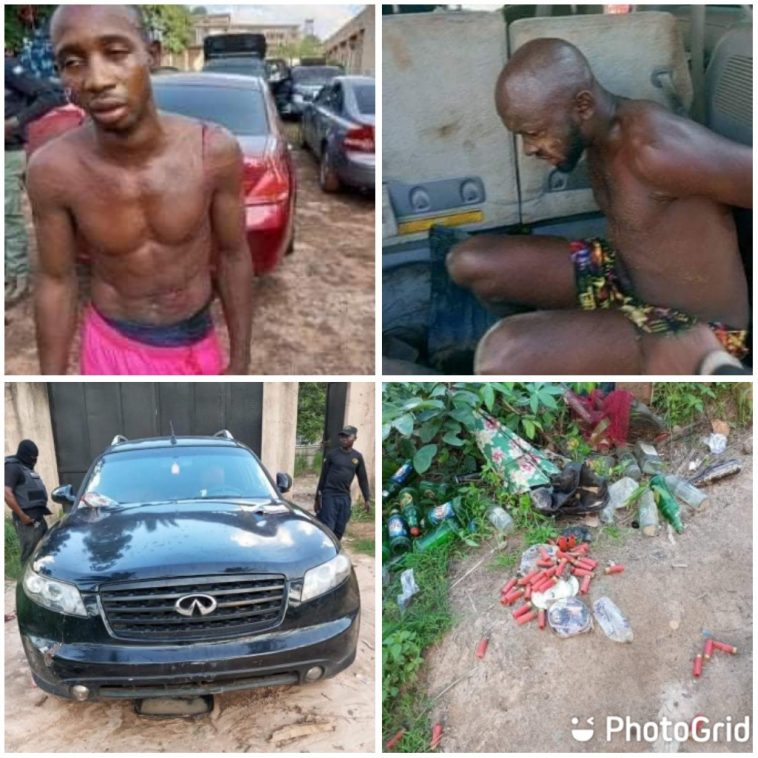 Scores of unknown gunmen have been shot and destroyed following the invasion of the Joint Task Force in Ukpor Nnewi South Local Government Area of Anambra State.

The JTF tracked the camp of the unknown gunmen and discovered coffins, cars, charms and military uniforms.

It also revealed that while some of the unknown gunmen were apprehended, others were shot at.

Recall that unknown gunmen have been terrorizing Anambra State and its citizens for while now until the people and the government of Anambra State decided to fight them head-on.

The State has recorded much success in the fight against the men of the underworld. The state government reassured that it will keep working to keep the State and its citizens safe.