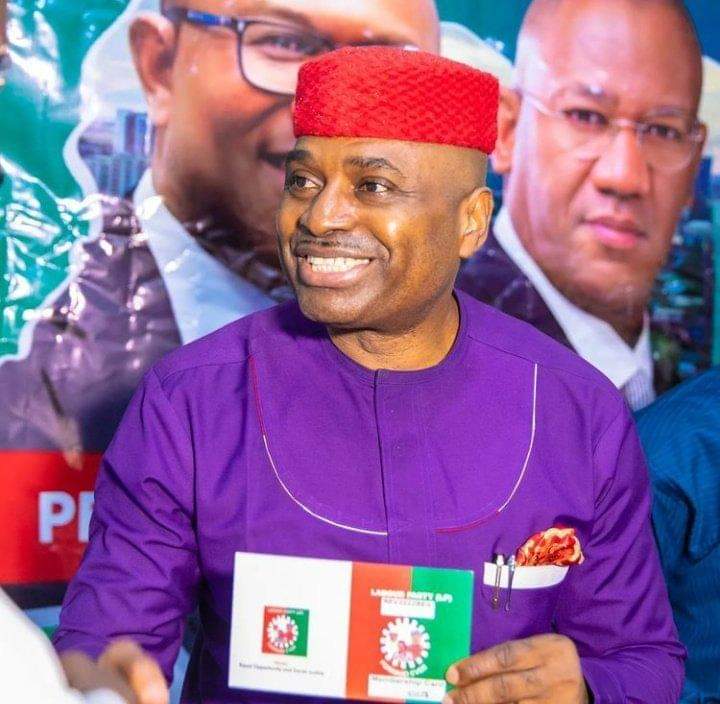 Nollywood actor, Kenneth Okonkwo joined the Labour Party on Wednesday, weeks after resigning his membership in the All Progressive Congress.

The actor announced his resignation from APC in a statement shared on his social media on July 11.

The lawyer who shared pictures of himself with Labour Party executives in Abuja started that joining Labour Party will help him assist in his little way to endure the emergence of its Presidential candidate Peter Obi in the 2023 general election.

He wrote. ‘’It was an honour and a privilege to be welcomed into the Labour Party on the 23rd of August, 2022, at the Supreme God House, Apo, Abuja, by the entire executive of the FCT Labour Party, led by its Chairman, Comrade Peter Diugwu, representing the National Executive of the Party. I feel loved and cherished by the visit of these distinguished officials of this people-centric party to our chambers which culminated in my officially joining the Labour Party as a member.

‘’This will enable me assist in my own humble way to the enthronement of His Excellency, Peter Obi, as the President of the Federal Republic of Nigeria come 2023 for the good governance of our dear country which is so blessed by God but has been so battered by bad leaders.”