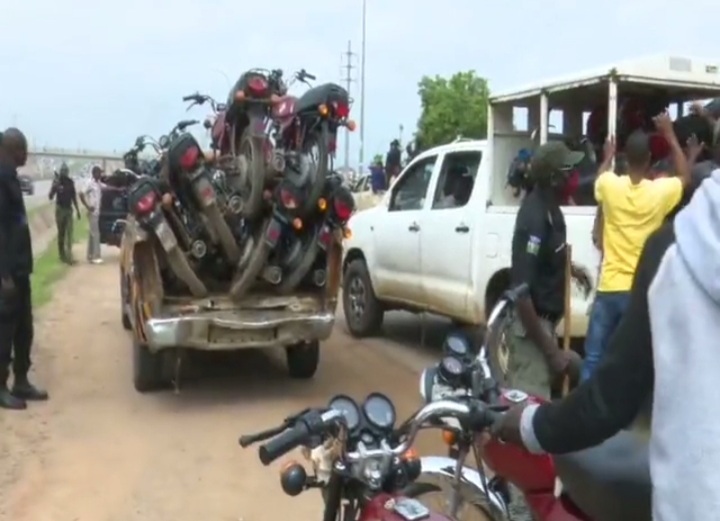 The Nigerian Police have arrested over sixteen commercial motorcycles as it begins the enforcement of ‘Operation No More Okada’ in the Federal Capital Territory on Wednesday.

A report by the Nigerian Television Authority, NTA, revealed that a ban has been placed on the operation of commercial motorcycles in Satellite towns in the city.

It disclosed that the operation is aimed at enforcing existing laws while restraining the movement of motorcycles to certain areas of the FCT, especially at the junction leading to the expressway.

Leading the Enforcement team, the Deputy Director of Vehicle Inspection Office, Dele Yaro said they are expected to rid the city of undesirable elements and to maintain sanity along the axis.

“We have been able to arrest over 16 motorcycles. Before this time, awareness was created to make sure that they leave the routes. They are supposed to operate within the interiors but we realised that they are now competing with vehicular movement on the expressway.”

The team also revealed that its activity is aimed at checkmating the criminal activities of the Okada riders as “any okada rider who can disobey the law can commit crimes”.