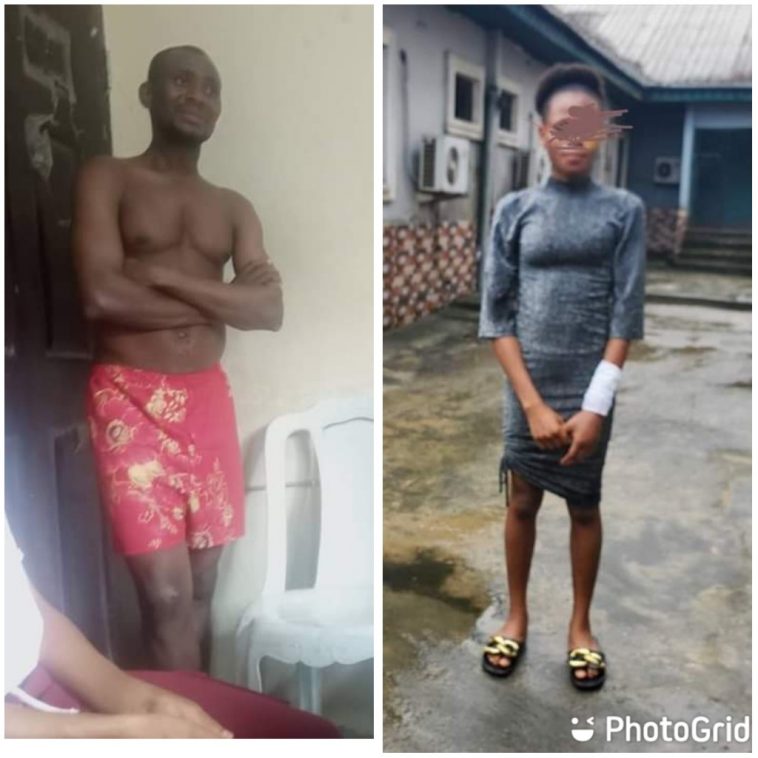 According to Sam Itauma, Head of CRARN, Mr Ufokiko was arrested by the police crack team led by Inspector Wisdom Ndak over the week sequel to a petition by the Child’s Right and Rehabilitation Network (CRARN) to the Police Commander of Eket Area Command after the victim went to the Organization and registered her complaints.

The victim who is an orphan of both parents from Effoi, Eket accused the culprit of luring her over the internet while claiming to be her biological father. She said she was in a government orphanage home in Uyo and a student of Connelly Cornelia College Uyo and was billed to write her final Senior Secondary Certificate Exams of the West African Examination Council (WAEC) when Mr Ufokikot lured and kidnapped her in 2019 and did not only violate her but had impregnated her five times as well as forced her to carry out abortions three consecutive times, one of which almost costed her life. She equally told the Police that Mr Ufokiko often forced her to sleep with different men since she was kidnapped while he collected the proceeds and when she gave birth to a child he forced it on one of his clients who is a high-profile politician in the State and coerced him to be paying monthly child support to him.

Miss Enobong further told the Police that when she got tired of being in captivity, she wanted to flee but Mr Ufokiko ruffled and manhandled her. This caused her body injuries, fractured her left arm even when he knew she was carrying a two-month-old pregnancy and was only rescued by neighbours when he wanted to strangle her.

She said her captor warned her not to play funny or report the matter to the Police as it would be an effort in futility since he was highly connected and would not hesitate to use charms from his witch doctors to harm her.

Mr Honest Okon Ufokiko who goes by Mizta Glo as his Social Media name and claims to be the President of Ibeno Youths Association (IYA) and the Secretary to the Palace of Paramount Ruler of Ibeno did not deny any of the allegations levelled against him but merely insisted that the victim was his daughter and the devil had forced him to commit these atrocious acts.

The Eket Area Command of the Nigeria Police said due to the weight of the case, Ufokiko would be transferred to the State Police Command, Ikot Akpan Abia, Uyo, Akwa Ibom State for further investigation and prosecution.