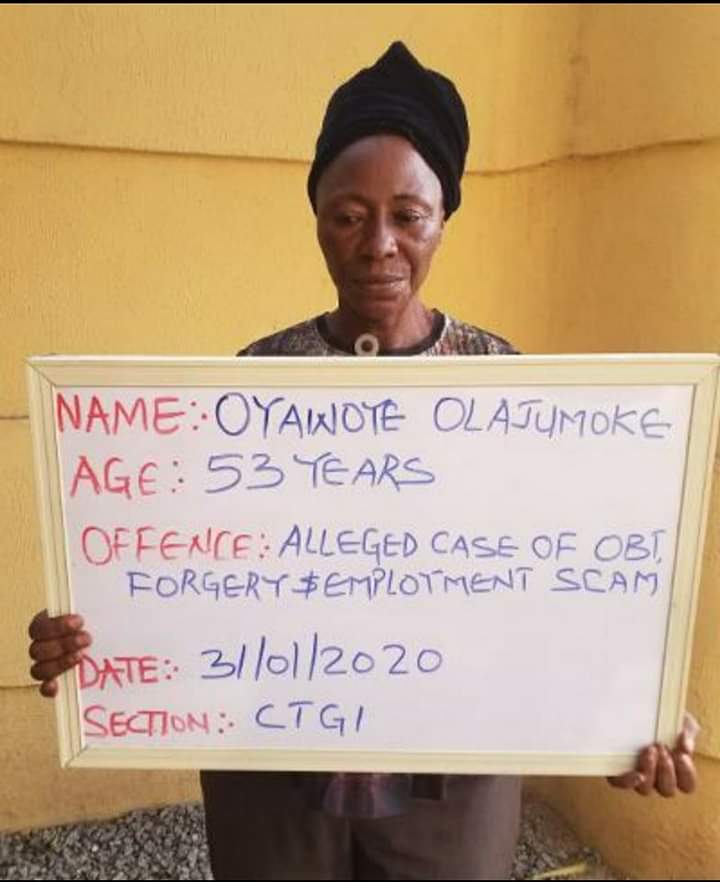 Fafemi, a staff of Kwara State Ministry of Finance, was arraigned before Justice Mohammed Sani of the Federal High Court, sitting in Ilorin on Monday, September 26, 2022, on four-count charges, bordering on employment and Hajj pilgrimage scam.

The defendant was accused of collecting various sums of money from 23 members of the Christ Apostolic Church in Offa, Kwara State, under the guise of helping them secure employment in the Kwara State Civil Service Commission and Federal Government Parastatals.

Investigations revealed that Fafemi issued employment letters to her victims. The letters stated that her victims had been employed by Kwara State Government and Federal Government, with their grades and salaries stated. However, those letters were later discovered to be fake.