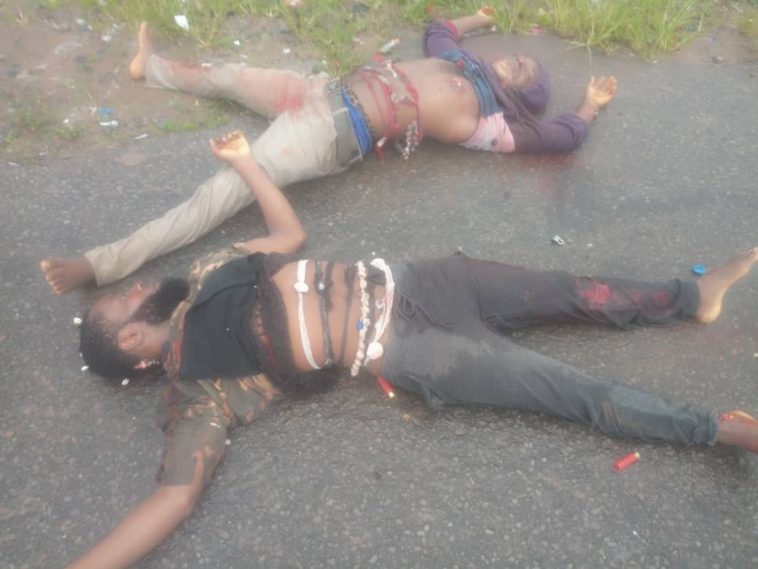 It was gathered that the hoodlums stormed a checkpoint in two Lexus Jeep and a Toyota Sienna at Amoda Community on Amoda road at 8 am.

The criminals opened fire which was countered by a team of Police operatives and military personnel.

The duel which happened for several minutes neutralized some of the criminals while others escaped with injuries.