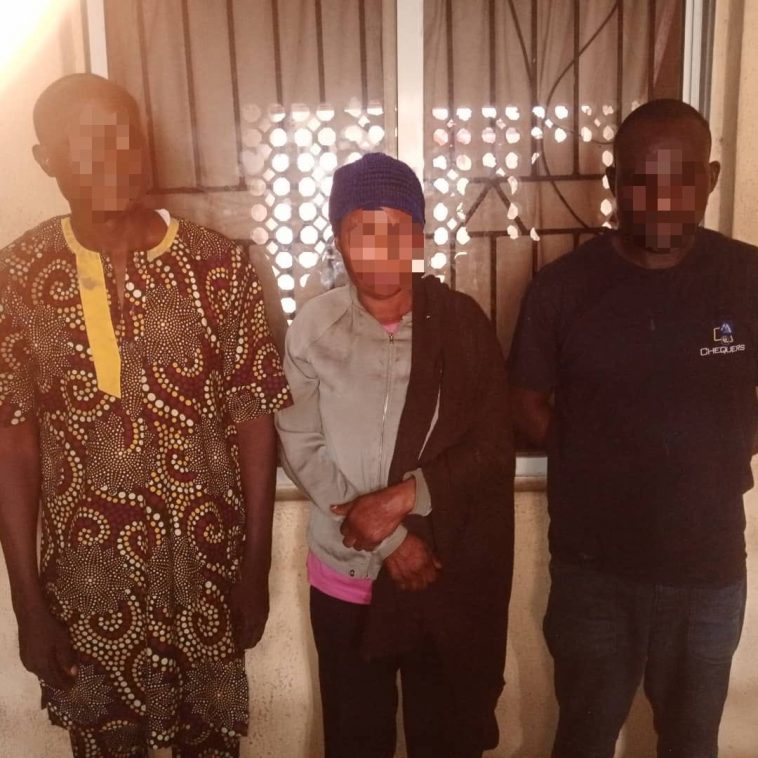 The three suspects were arrested by operatives of the Ojodu Division at 10:30 am on Friday at Omole Estate Phase 1 after their victim raised an alarm.

According to Police Public Relations Officer Benjamin Hundeyin, the suspects who were operating in a Toyota Camry car, with registration number KSF 608 GH, disguises as driver and passengers to pick up unsuspecting passengers.

Then start discussions about some dollars purportedly kept in the boot.

Further investigation revealed that the gang started this crime in January.

Meanwhile, the suspects have been arraigned.