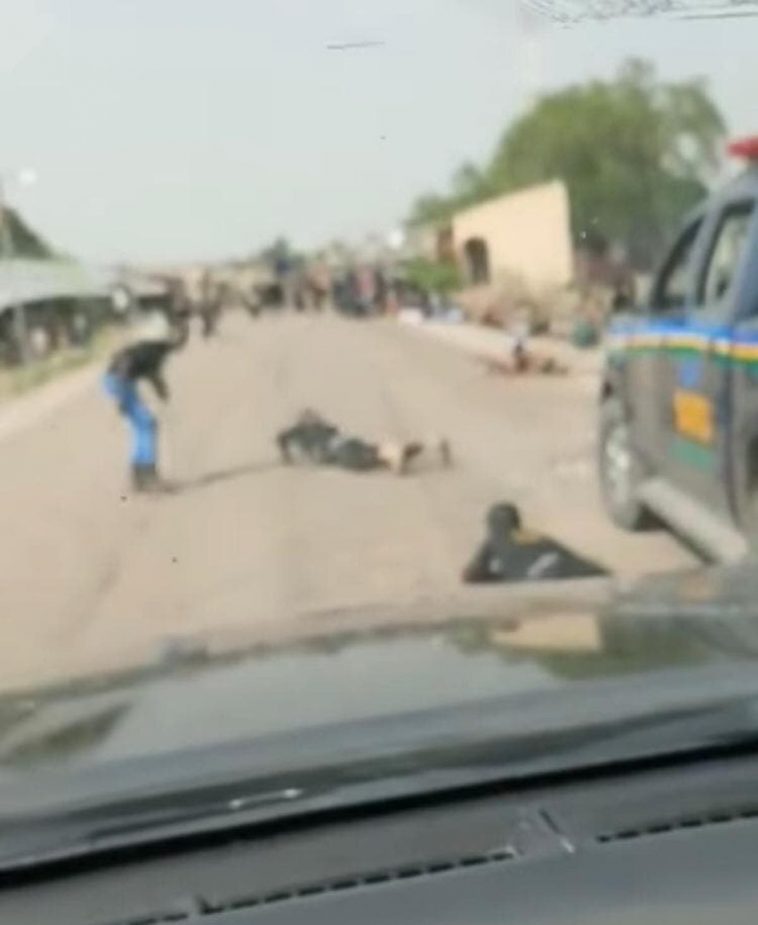 Many people have been left injured after the convoy of the Presidential candidate of the Peoples Democratic Party Atiku Abubakar was attacked in Maiduguri, Borno State on Wednesday.

It was gathered that the former Vice President was attacked during his campaign visit to the State.

He was attacked at the Ramat Square in the State capital by assailants who also vandalized vehicles.

Reports available suggested that hundreds of suspected political thugs were at strategic locations along Maiduguri/Kano road.

Confirming the incident in a rally in Maiduguri, the spokesperson of the party, former Senator Dino Melaye caused the ruling All Progressive Congress for the attack.

“They deployed their thugs to attack our convoys with stones, sticks, machetes as we left the Shehu’s Palace to come to the Ramat Square, all in an attempt to stop our rally.” Dino said