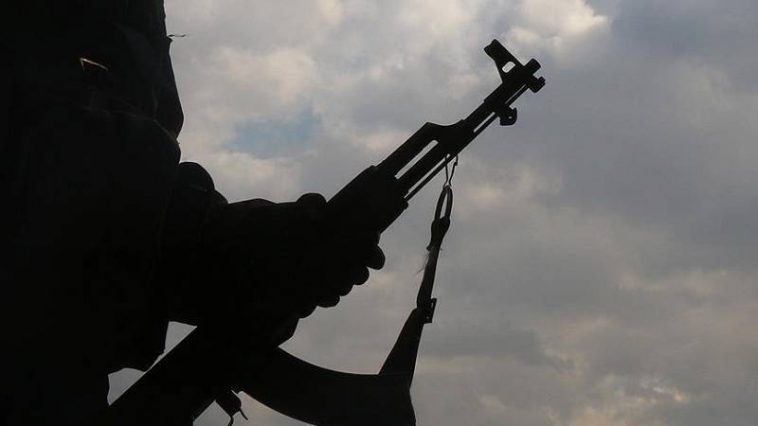 A gang of robbery suspects have been busted by the combined team of police operatives and vigilante in Ogidi, Idemili North Local Government Area of Anambra State on Tuesday.

The four-man gang who were notorious for terrorizing the community were sharing their loot at an uncompleted building after a robbery operation at Atta road when they were rounded up.

It was gathered that the suspects took to their heels immediately after they saw security operatives after exchanging gun duels.

One of the robbers was shot in his leg during the incident, while the others escaped with bullet wounds.