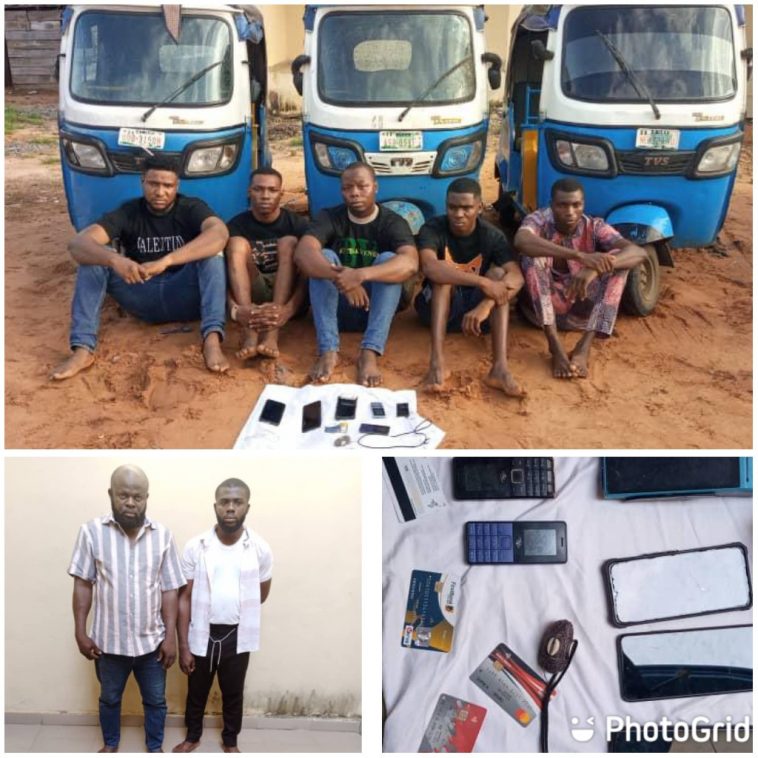 The Delta State Police Command has arrested seven suspects involved in the snatching of phones and robberies in the capital city of the State, Asaba.

This was made known by the Police Public Relations Officer, Bright Edafe on Sunday morning stated that the suspects were known for robbing people with tricycles popularly known as Keke napep.

Recovered from the suspects were phones, laptops, ATM cards and POS machines among others.

The PRO assured that more arrests will take place as the force was determined to restore peace and order in the State.