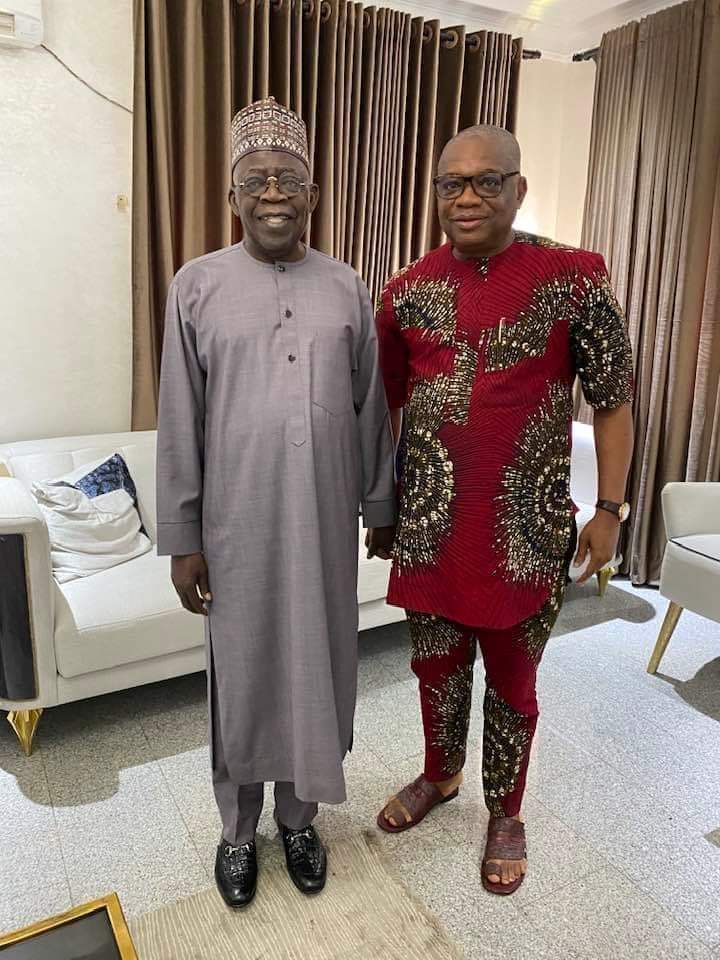 The Senator representing Abia North Senatorial District Orji Uzor Kalu has debunked the rumour that the Presidential candidate of the All Progressive Congress, APC, Asiwaju Bola Tinubu was denied a visa to the United States of America.

Speaking on Saturday, the former governor of Abia State accused the opposition parties in the country of spreading the fake news stating that the US State Department confirmed to him that the former Lagos State governor will be received in the third week of December.

“As the election draws closer, the opposition will spread more fake news against our presidential candidate but we should always ignore and keep our eyes on the ball. The news that Tinubu was denied a visa to the USA is as fake as other fake news. Tinubu postponed the travel himself and was never denied a visa.  The State Department of the US confirmed to me that Tinubu will be received in the third week of December.  As the presidential candidate of our party with an outstanding personality, he will be warmly welcomed in the United States.  OUK”

On Friday, pointblanknews.com reported that the APC candidate was denied a visa to travel to the US for a planned engagement and to seek medical attention.

“It was further gathered that after discovering that the Presidential candidate of the Peoples Democratic Party (PDP) Alh. Atiku Abubakar was invited for a series of engagements ahead of the 2023 presidential election, Asiwaju Bola Tinubu and his handlers decided to apply for US Visa to also organize an engagement for him.

Sources close to the APC Presidential candidate disclosed that his Visa application was denied and therefore the event could not be put together.”