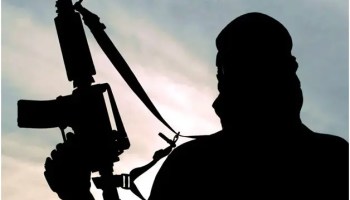 Three males and a female have been killed by yet-to-be-identified gunmen in Nzomiwu street in the Eziani community, Ihiala Local Government Area, Anambra State.

According to the reports, the gunmen who were wielding AK47s invaded and attacked the community on Tuesday morning.

They shot sporadically which killed the victims on the spot.

Meanwhile, the bodies of the victims had been deposited at the morgue.