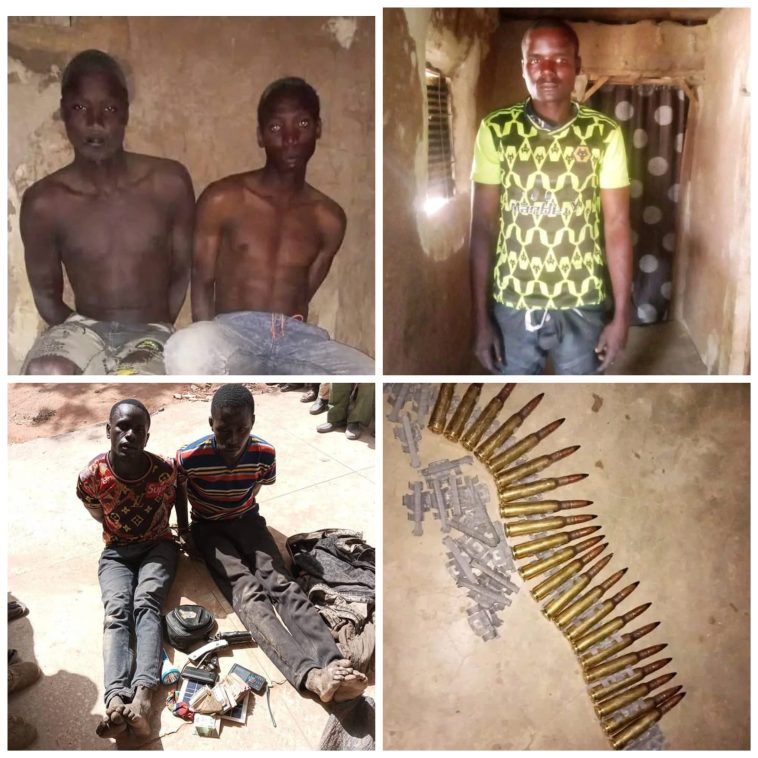 Five suspected bandits and kidnappers have been arrested by the vigilante operatives of the Bauchi State Police Command on Wednesday morning.

The notorious suspects are responsible for terrorizing communities around the Alkaleri Local Government Area of the State.

It was gathered that three suspects were apprehended during a special patrol by joint vigilante operatives at Mansur village in Gwana District.

While on another special patrol by the operatives in communities around Pali District, two others were arrested.