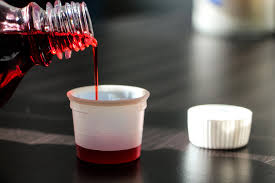 Following the increased rate of its gross abuse, the Federal Ministry of Health has directed the National Agency for Food and Drug Administration and Control (NAFDAC) to ban with immediate effect further issuance of permits for the importation of codeine as active pharmaceutical ingredient for cough preparations. .

The Minister of Health, Professor Isaac Adewole made this known in Abuja today May 1st. According to Adewole, the directive became necessary due to the gross abuse codeine usage has been subjected to in the country, especially in Northern Nigeria.
In its stead, the minister said codeine containing cough syrups should be replaced with dextromethorphan which is less addictive.