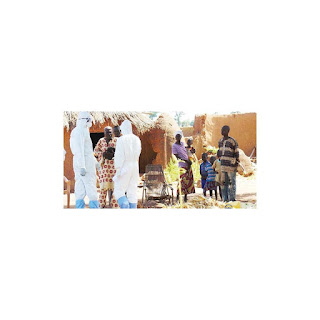 Seventeen people in northwest Democratic Republic of Congo (DRC) have died from Ebola, the health ministry said on Tuesday, describing the fresh outbreak as a “public health emergency with international impact.”


“Twenty-one cases of fever with haemorrhagic indications and 17 deaths” have been recorded in Equateur province, it said, citing a notification to the ministry as of May 3.

It is the DRC’s ninth known outbreak of Ebola since 1976, when the deady viral disease was first identified in then-Zaire by a Belgian-led team.

In Geneva, the World Health Organization (WHO) said lab tests in the DRC confirmed the presence of Ebola virus in two out of five samples collected from patients.

“WHO is working closely with the government of the DRC to rapidly scale up its operations and mobilize health partners, using the model of a successful response to a similar… outbreak in 2017,” it said in a statement.
It said it had released $1 million from an emergency contingency fund, set up a coordination group and deployed more than 50 experts to work with the DRC government and health agencies.