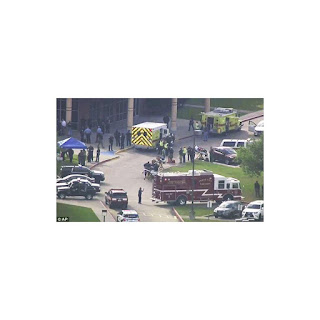 10 people have been killed in a shooting at a Texas high school, say police.

Harris County Sheriff Ed Gonzalez told reporters the majority of the dead at Santa Fe High School were students. A student is in custody after the attack at the school.

The death toll makes this the deadliest school shooting since the one in February at Parkland, Florida.

The shooting follows another active shooting on Wednesday at Dixon High School in central Illinois, where a school resource officer shot and wounded a former student who opened fire at the school.