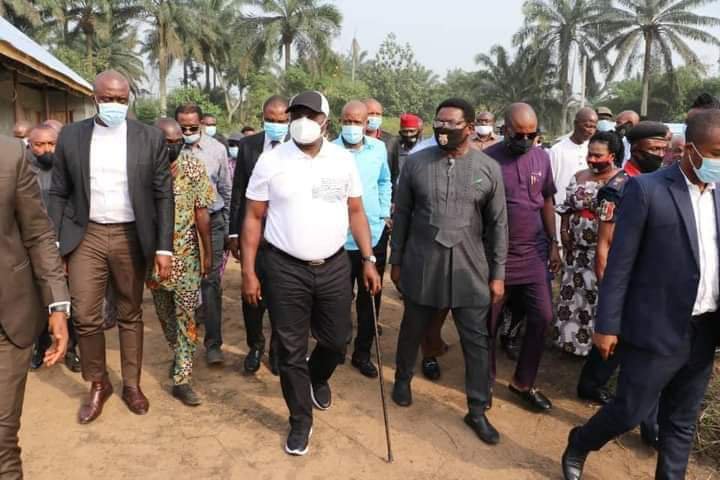 Governor Okezie Ikpeazu says that his administration shall use every lawful means to protect and safeguard every inch of the territory of Abia State from criminals and marauders.

The Governor stated this today at Akirika Obu Community in Ukwa East LGA when he visited the community to assess the current situation on the heels of reports of some unlawful invasion of the Community by some criminal elements.

In a statement released by the Chief Press Secretary to the Governor, Onyebuchi Ememanka, on Wednesday, the Governor made it clear that his administration shall resist any form of expansionist agenda, either by communities from neighboring states or from any outlawed group by whatever name called.

The Governor, who arrived the border community with a contingent of military officers, to the admiration of the people of the community, assured them that every available space in the community will, henceforth be well policed and informed them that the Military had come to stay in their community permanently to ensure their safety and protection.

The Governor stated that he responded to distress calls from the community on the invasion of their homeland by hoodlums from both a neighboring community in Akwa Ibom State and from a group which had been outlawed by the federal government that sought to establish a base in the community. The Governor made it clear Akirika Obu Community in Ukwa East LGA is a part and parcel of Abia State, and as such, his government will take every lawful step to protect it from any form of unlawful invasion. 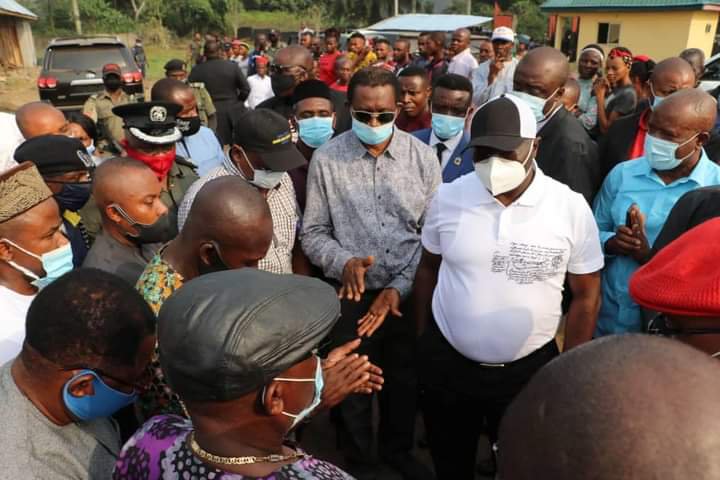 On the lingering boundary dispute between the Akirika Obu Community and their neighbors in Ika Local Government of Akwa Ibom State, the Governor stated that the matter is before the National Boundaries Commission and until a final determination is made, Akirika Obu remains in Abia State and he will do his duty as Governor by ensuring that the status quo is maintained, and especially that the lives and properties of the people are safeguarded.

He called on the community to cooperate with the soldiers during their stay and allow carry out their primary assignment there. We warned against using the soldiers for the resolution of civil disputes amongst them, and assured that his administration will continue to provide logistics support to the soldiers to ensure that they have minimum comfort in the area.

Earlier, the Executive Chairman of Ukwa East LGA, Hon. Chuks Wabara while welcoming the Governor, expressed deep delight at the visit of the Governor, noting that this was the very first time a sitting Governor was visiting the area. The Chairman expressed confidence that the visit of the Governor will put an end to all forms of crisis of insecurity in that area. He assured that the people and the local government administration will cooperate with the military men posted to their area.

Also speaking, the Member representing Ukwa East State Constituency at the Abia State House of Assembly, Hon. Paul Taribo was full of thanks for the visit of the Governor to the area.

The Governor was accompanied on the visit by the State Chairman of the PDP, Rt Hon Asiforo Okere, an indigene of the local Government, the Executive Chairman of Obingwa LGA and Hon. Ibe Nwoke.