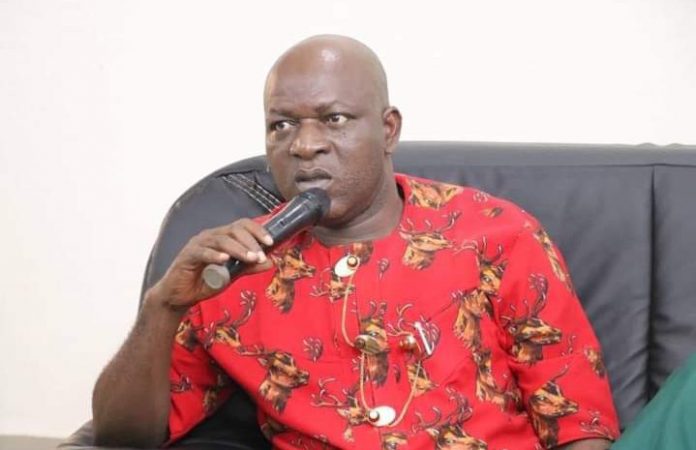 Following the victory of the Peoples Democratic Party at the Aba North and South Federal Constituency election which held on the 27th of March, 2021, Abia State Commissioner of Information, Chief John Okiyi Kalu stated that ‘it takes someone that is inherently evil and self-seeking to leave PDP and join the acclaimed wreckers of Abia State.’

Speaking on Sunday, Chief Okiyi revealed that nobody with electoral value joined APC in Abia State and which prompted the opposition to spread propaganda that Governor Okezie Ikpeazu has decamped to the All Progressive Congress.

He also urged all progressives to join Governor Ikpeazu to steer Abia State to the promised land while advising the opposition to take their thugs away from Abia State.

Recall that the candidate of the All Progressive Congress in the Aba North and South Federal Constituency election, Mascot Uzor Kalu accused the Peoples Democratic Party of importing thugs during the election. 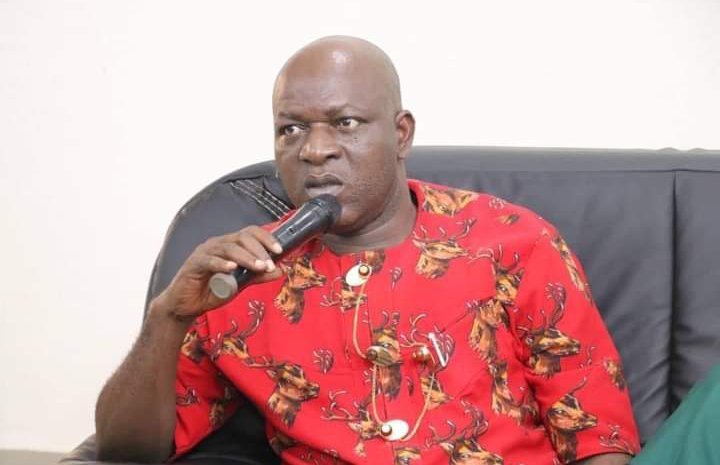 If they wanted to see signs of things to come in 2023, yesterday should be enough for them.

We knew that nobody with electoral value joined APC in Abia State and they knew it too. That was why at every opportunity they would spread the propaganda that Governor Ikpeazu, who is the symbol of the New Abia, has decamped to their party.

We also know our people, their dreams and aspirations better than the APC does. All the people of Abia State want us to do for them was deliver good governance: sustainably renew infrastructure, improve education, secure lives and property and promote their businesses.

Because we live with our people and they live in us, we campaigned on real issues affecting them instead of joining the political mercenaries to dwell on mundane issues that do not matter to our people, disgraceful lies and unfounded braggadocio.

Let me put this down here; it takes someone that is inherently evil and self-seeking to leave PDP and join the acclaimed wreckers of Abia State. You cannot be preaching a new Abia while carrying a bag for the old Abia we all want to rejig. How can a man who wants positive change return to a negative ugly past for any reason at all?

For those who thought they must worship the graven image before they can advance politically within their party, I hope they are now wiser.

Sometimes all it takes to become a political star is to stand up and say “I will rather risk it all than worship your graven image”. The hoodoo of “he has Abuja in his pocket and can do and undo” must be clearing by now even though at a great political cost to many who could not see or understand the signs of the time in Abia State

No one man can be a party and nobody owns a party in this modern era. The originality of thoughts and action will always lead you further than political idol worship, especially when the same idol will never accept your sacrifices but sees you as a mere tool working to advance his agenda.

Governor Okezie Ikpeazu is the vision bearer and poster child of the New Abia we are building. If you are not with him in PDP it can only be because you are chasing selfish interests that conflict with the aspirations of the majority of Abians.

Let all real progressives gather around Dr Ikpeazu as he continues to kinetically steer Abia to the Promised Land that God has destined for her.

You may not have achieved personal glory today but let Rep-elect Chimaobi Ebisike be your consolation and symbol of hope. God destined him for the House of Representatives and at His time he made it come to pass without Ebisike having to swear an oath or engage in fetish rituals.

If God can lift Ebisike using Governor Ikpeazu and others He is also able to lift you at His own time.

One gbakaria Chi ya so…

Finally, let me appeal to all those who imported armed thugs into Aba to kindly take them back with them as they board flights back to Abuja and Lagos today. Don’t leave your armed hoodlums here to torment Aba people while looking for transport fares back to wherever you brought them from. The same way you transported them to Abia should be the same way you mobilize them back to their base.

One obula kporo thug ya lawa be obi biko!!!! Because Abia will be too hot for them…’