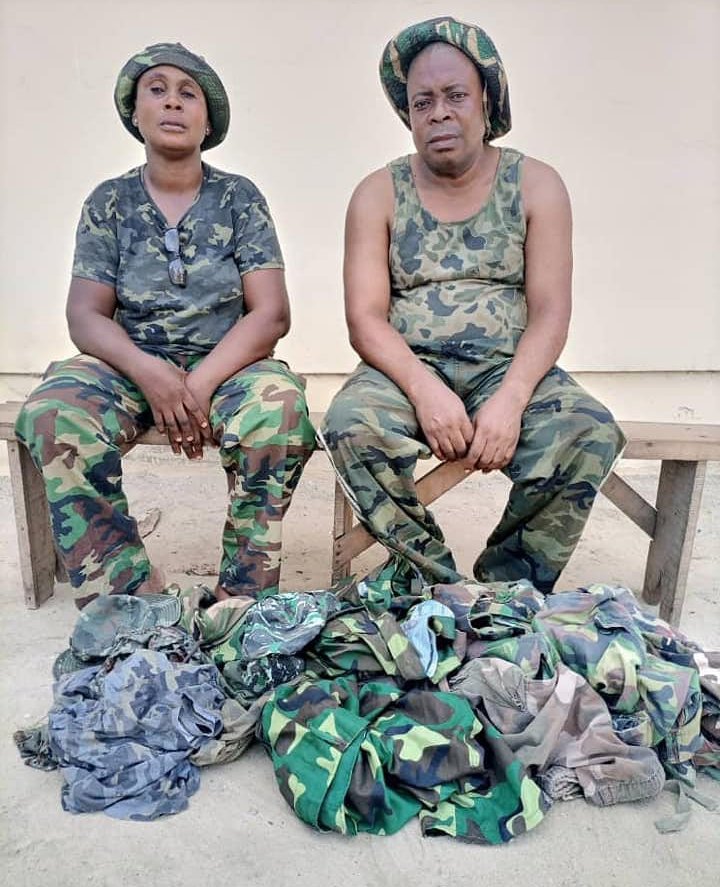 The Delta State Police Command have arrested two fake soldiers, 48-year-old Jemilia Suleiman and 61-year-old Monagor Charles, at a hotel in Effurun in Uvwie Local Government Area of the State.

It was gathered that the fake soldiers were wearing military uniform which they use to instil fear and extort innocent citizens.

Following an information, the DPO Ogborikoko Division, CSP Martha Ikong led a surveillance operation in conjunction with military personnel to the hotel and arrested the suspects.

Speaking on Friday, the Spokesman of the command, DSP Bright Edafe revealed that military uniforms were recovered from the suspects.

Items recovered from the suspects  includes 10 pairs of military camouflage uniforms, six T-shirt, jungle caps, one T-shirt and one singlet.

The female suspect confessed that she bought the said uniform in the market and used it to earn a living.

Meanwhile, the investigation is ongoing.